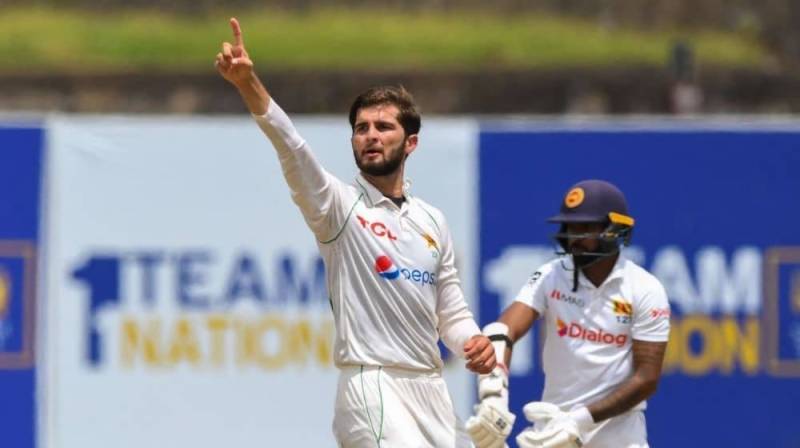 Pakistan’s ace pacer, Shaheen Afridi, has climbed up one spot in the ICC Test bowler rankings and is now ranked number three in the world. Shaheen has overtaken India’s Jasprit Bumrah, who has slipped down one spot to the fourth position.

Shaheen was the pick of the fast bowlers in the first Test match between Pakistan and Sri Lanka as he picked up four wickets in the first innings before being ruled out in the second innings due to an injury.

The left-arm pacer was instrumental for Pakistan in the first innings as he restricted Sri Lanka to a low score. Pakistan capitalized on the situation as they registered a historic victory in the first Test of the two-match series.

Elsewhere, Shaheen’s fellow opening bowler, Hasan Ali, also climbed up one position and is now ranked 13th in Test rankings. Hasan picked up 3 wickets in the match including two in the first innings and one in the second innings as he contributed to Pakistan’s victory as well.

Sri Lanka’s new spin sensation, Prabath Jayasuriya, made the biggest leap as he jumped up 11 places to number 44 as he registered his third five-wicket haul in only his second Test match. Jayasuriya troubled Pakistani batters as he picked up 9 wickets in the match.