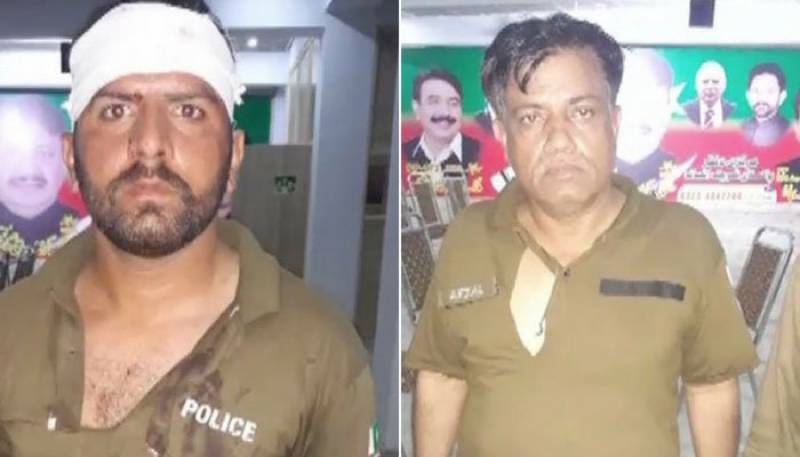 The CJP took suo motu notice of the physical assault of police officers in Lahore's Hanjarwal area on Saturday night by Bara and his aides.

The IG Punjab said, "A case has been registered against 50 suspects, including Bara."

"Twenty-one suspects have been arrested so far," he added.

Zafar added, "Upon reaching the scene, the SHO and his men were physically assaulted by MPA-elect Nadeem Bara, who, along with his aides, tore their uniforms and fled the scene right after."

The wounded personnel were shifted to Jinnah Hospital for treatment, the SP informed.

A case was later registered against 49 suspects, including Nadeem Bara and Muneer Bara.

The suspects have been booked for attempted murder and charged under the Terrorism Act.