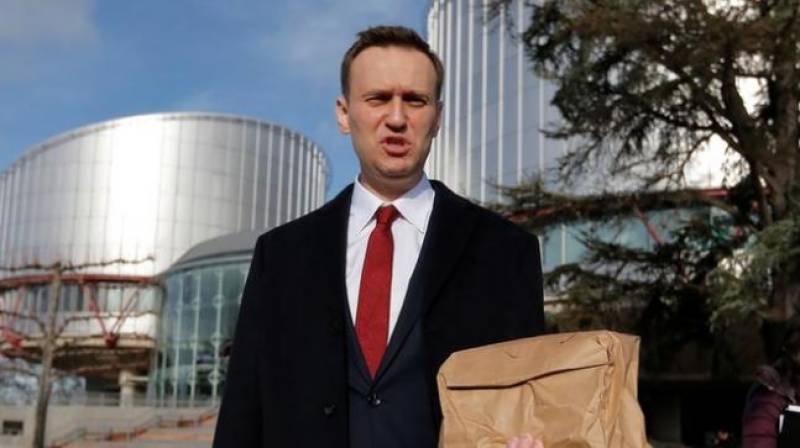 MOSCOW - The Russian police have detained opposition leader Alexei Navalny during a Boycott rally in Moscow today. Alexei Navalny was taken into custody minutes after he appeared for the rally to urge voters to boycott the upcoming Russian elections.

Although the number of people gathered for Navalny's rallies across the country was way less than his previous rallies, Navalny is considered the only person who can give a competition to the incumbent President Putin.

The numbers who showed up at protests across Russia on Sunday -- some shouting "Putin is a thief" -- were lower than previous demonstrations Navalny had staged, according to estimates from Reuters reporters, indicating the momentum may have shifted away from him.

Navalny was taken in by the police and will be booked for violating laws on holding demonstrations. He can face a jail sentence of maximum 30 days.

Some 1,500 protesters accumulated at Manezh Square on Sunday. The crowd was blocked by the police in riot gear. The crowd, thus, split up and headed in several directions. The numbers fell significantly as night fell.

Similarly, hundreds of people protested in St. Petersburg, Russia's second-biggest city, in Yekaterinburg in the Ural mountains, and other major - Agencies