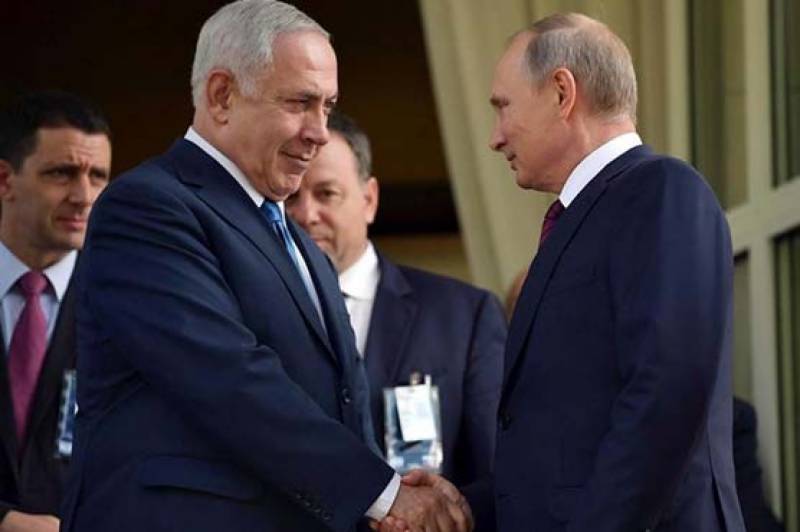 He made his comments before leaving for Moscow, where he again said Iran wanted to "destroy" the Jewish state.

Netanyahu has held a series of discussions with Putin in recent months on Iran s influence in war-torn Syria and in Lebanon, seeking to persuade Russia to limit Iran s presence near Israeli territory and to stop it from entrenching itself militarily in Syria.

Netanyahu said before he left Israel that he planned to discuss with Putin Iran s "relentless efforts to establish a military presence in Syria, which we strongly oppose and are also taking action against".

"We will also discuss Iran s effort to turn Lebanon into one giant missile site, a site for precision missiles against the state of Israel, which we will not tolerate."

After viewing an exhibition in Moscow dedicated to the 1943 uprising at the Sobibor Nazi death camp, Netanyahu said that Israel is "still ready to prevent any attempts of this type of ideology, in the first place Iran, which speaks of the intention to destroy us".

"We will stand before them (Iran) with all our might," Netanyahu said. "There will not be another Holocaust."

The two leaders also took part in a Holocaust remembrance ceremony at Moscow s Jewish Museum and Tolerance Center and watched parts of a Russian-made film on the Sobibor uprising.

Putin said modern political and religious leaders should do "everything possible to preserve historical memory in the 21st century and prevent the weeds of nationalist ideology spreading in whatever form it takes: anti-Semitism, Russophobia and other phobias built on hatred". AFP