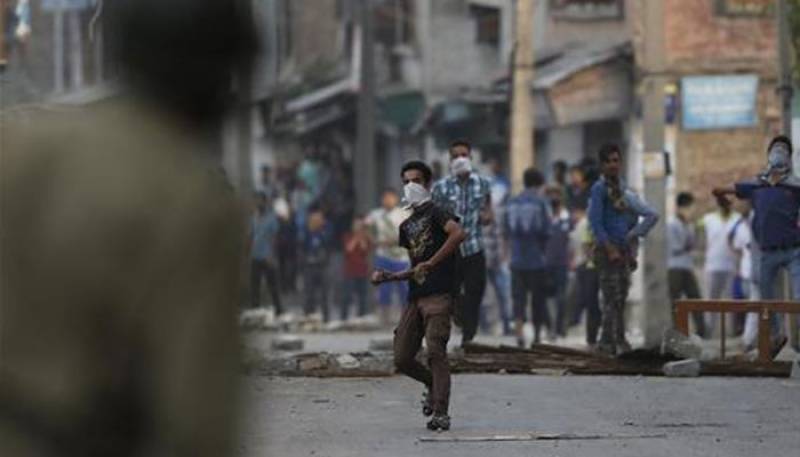 Srinagar: The Jammu and Kashmir Police on Sunday registered an FIR against army personnel in connection with the death of two civilians in retaliatory firing by Army in the Shopian district on Saturday in which nine others were injured.

According to reports, a murder and attempt to murder case was filed against Army personnel belonging to the 10 Garhwal unit of the Army, including a Major rank officer in connection with the death of two civilians in firing at Ganowpora in Shopian after an Army convoy was attacked with stones.

The FIR was reportedly filed at the behest of the ruling PDP-BJP government.

The case was registered under Sections 302 (murder) and 307 (attempt to murder), a senior J&K Police official was quoted as saying by ANI.

The Mehbooba Mufti government also ordered a magisterial probe into the incident though the Defence spokesman maintained that the soldiers opened fire in self-defence.

Sitharaman, on her part, assured Mufti that she would seek a detailed report on the matter and ensure that such incidents do not recur.

“The Chief Minister said every civilian killing, notwithstanding how erroneously made, impairs a political process that has been put on track through hard work by all political parties in the state,” a statement issued by the J&K government later said.

The Chief Minister also conveyed her condolences to the victims' families and directed the district administration to conduct a probe into the incident.

The development came a day after two youths were killed and nine others injured allegedly in a retaliatory fire when an army patrol party was attacked with stones at Ganovpora in Shopian.

The deceased were identified as Javid Bhat and Sohul Bhat.

Reacting to the incident, the Army said that it was forced to open fire in self-defence.

In a statement, the Army said an administrative convoy was passing through Ganaupura chowk in Shopian around 3 pm on Saturday when it came “under unprovoked and intense stone pelting” by a group of over 100 people.