Indian Army may not be able to stop Pakistani Tanks onslaught in case of war: Report
29 Jan, 2018 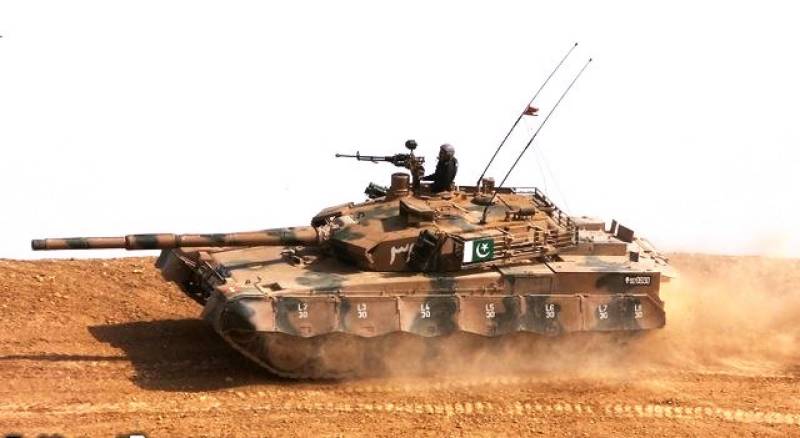 NEW DELHI: The Indian Army has once again sounded the alarm about its critical operational deficiency in the field of anti-tank guided missiles (ATGMs), asking the government for the emergency induction of at least some of these "tank killers" till the indigenous man-portable systems being developed by the Defence Research and Development Organisation (DRDO) become a reality, Times of India has reported.

The Army, after all, has an alarming shortage of around 68,000 ATGMs and 850 launchers of different types, which are crucial for the infantry to halt advancing enemy tanks in the plains as well as guard the "active" line of control with Pakistan.

Sources say the Army is now even ready for the fast-track procurement of 2,500 shoulder-fired ATGMs and 96 launchers, with no transfer of technology (ToT), as an "interim measure" through a government-to-government contract. "It has been left to the government whether it should be the Israeli Spike ATGM or the FGM-148 Javelin ATGM from the US," said a source.

This comes in the backdrop of the government, late last year, cancelling the proposed Rs 3,200 crore deal with Israel for 8,356 medium-range Spike ATGMs, 321 launchers and 15 simulators, a procurement project first accorded "acceptance of necessity" by the defence ministry way back in June 2009.

The main reason for the scrapping of the Spike project, which had also envisaged ToT from Israeli firm Rafael <link>to defence PSU Bharat Dynamics Limited (BDL) for large-scale production, was the DRDO's contention that it could deliver a more technologically advanced man-portable ATGM within two years.

Consequently, though Israel PM Benjamin Netanyahu <link> may have held that the "Spike deal was back on track" after talks with PM Modi this month, it will not be easy going. "There is stiff resistance from the DRDO. If the government places an order for ATGMs from abroad, it can be accused of promoting foreign suppliers at the cost of the DRDO," said another source.

The Army, however, is worried. With a shocking 60% shortage in its "authorised holding" of ATGMs, the force has "nil" war wastage reserves (stockpiles held in reserve for war) as of now. Moreover, the existing second-generation Milan-2T (two-km range) and Konkurs (four-km) ATGMs, produced by BDL under licence from French and Russian companies, do not have night-fighting capabilities.

The Army wants to upgrade from these wire-guided ATGMs to third-generation ones that are top-attack, fire-and-forget, and night-capable. "But the DRDO has been seeking extensions since 2013 to successfully demonstrate the performance of its man-portable ATGM," said one of the sources. Army chief General Bipin Rawat <link> has himself declared that the "operational gap" between now and 2021-2022, when the deliveries of the indigenous ATGMs are likely to begin if the trials slated for mid-2018 are indeed successful, needs to be bridged as a matter of top priority. In the long run, the Army wants to equip all its 382 infantry battalions and 44 mechanised infantry units with third- and fourth-generation ATGMs.