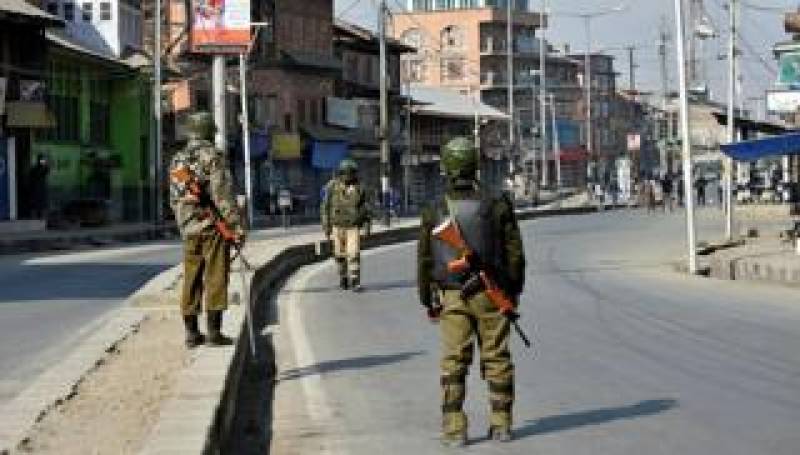 SRINAGAR - A video showing a man in military uniform boasting about bloodshed and worship of weapons was widely shared on social media in the Kashmir Valley on Sunday when tension was already running high over the killing of two men by security forces, Hindustan Times has reported.

The authenticity of the clipping could not be independently verified and the officer was not identified either, but it appears to have been shot in a hilly place much like Kashmir in winter.

“We were falling for the things like peace. It has been my record wherever I have gone, there has been bloodshed. So I am not satisfied till there is bloodshed,” the man with a drink in his hands says in the video. A maroon beret — standard with military paratroopers — lies on a table in front of the man.

Army spokesman Rajesh Kalia said he has not seen the video and will be able to comment after going through it.

The video also shows the man, who appears to be an officer in the rank of a major, talking about a poem by his “favourite poet Yogendra Sharma” and apparently titled “Shanti vanti chodo (Forget peace)”.

“There is talk of peace nowadays. Wait a second,” he gulps down the drink, throws away the glass and recites the poem.

He stops after one of the couplets and explains how one should worship weapons, not gods. “We are the ones who kill,” he says.

The man recites the entire poem, which is full of religious symbolism and narratives on defending the motherland. At the end, he talks about how “we are all Arjun”. The poem’s last line says: “Lahore, Karachi, Rawalpindi tak Bharat hi Bharat ho.”

Kashmiri social media users reacted sharply to the video — some dismissed it as drunken banter, others castigated the man and wanted the army to take action against him.

Another user tweeted : “We are not fighting a war & its not mahabharat. Veer Ras ki kavita.....som ras peene ke baad achi jarur lagti hai...par sachai se bahut dur hai. we would love to have peace in & around the Indian sub-continent”.

The video surfaced on a day Kashmir observed a shutdown after soldiers killed two men when a military convoy was allegedly targeted with stones in south Kashmir’s Shopian district on Saturday evening.

A Srinagar-based army spokesperson said security personnel fired at protesters after taking “the extreme gravity of the situation” into account. Residents quoted by local newspapers said the army fired at people coming to Gawanpora village to condole the death of Hizbul Mujahideen militant.

Chief minister Mehbooba Mufti spoke to defence minister Nirmala Sitharaman on Saturday and said every civilian killing, notwithstanding how erroneously made, impairs the political process in the state.