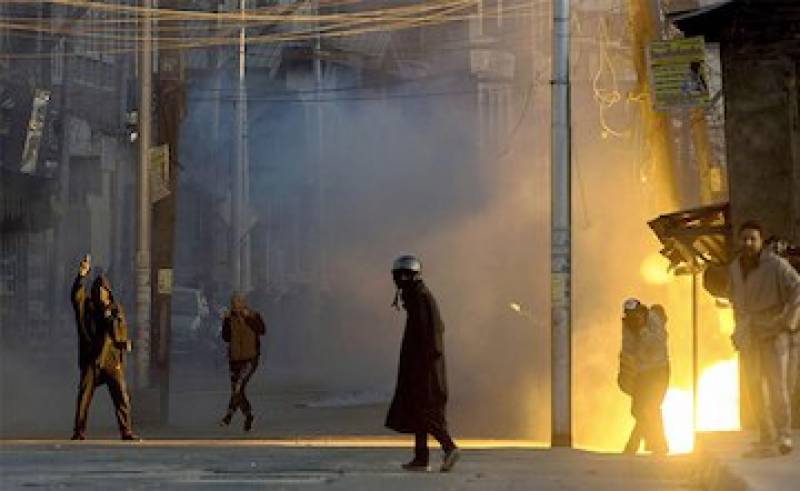 Srinagar: A murder case against an Army Major and his unit for the killing two civilians at Jammu and Kashmir's Shopian on Saturday has escalated into a major political row between the ruling PDP and its ally BJP, which rules the centre.

Hours after the state government filed an FIR or First Information Report against the army men, protests erupted in the assembly. Facing angry BJP lawmakers, Chief Minister Mehbooba Mufti said her government had taken action against the army only after consulting Defence Minister Nirmala Sitharaman.

"After the killings I immediately spoke to the defence minister and she was very positive. She told me that I should take action if any carelessness or anything wrong has happened. It's after that we registered an FIR and ordered a magisterial inquiry," Ms Mufti said in the assembly.

The chief minister also stressed that action against the guilty would not hurt the morale of the Army and pledged to take the case to a logical end.

The BJP had argued that the FIR naming the Major should be withdrawn and a new one must be filed without names.

Javaid Ahmad Bhat, 20, and Suhail Javid Lone, 24, were killed on Saturday evening, when security personnel opened fire to chase away protesters who were throwing stones at an Army convoy passing through Ganovpora village in Shopian.

The Army says it fired in "self-defence" when its convoy came under "unprovoked and intense stone pelting" by a mob.

Defence Ministry spokesman Colonel Rajesh Kalia said the convoy was targeted by a group of 100-120 people and "within no time, their number swelled to 200-250".

A Junior Commissioned Officer accompanying the convoy was hit on the head and fell unconscious, Col Kalia said, adding that the mob tried to "lynch" him and snatch his weapon.

"Considering the extreme gravity of the situation, the army was constrained to open fire in self-defence," Col Kalia said.

Amid massive protests and a shutdown call by separatists, mobile Internet services were suspended <link> in parts of Kashmir valley yesterday.

Many areas in state capital Srinagar were placed under curfew and shops were mostly closed. Public transport and trains were also suspended.

The deaths were also condemned by the opposition National Conference.

"Politics apart, this cycle of killings must end. We all have to end this bloodshed," former Jammu and Kashmir Chief Minister Omar Abdullah said in the state assembly.

"Bullets have been fired at chest height, which means the forces were not controlling the situation, but only firing," he said.