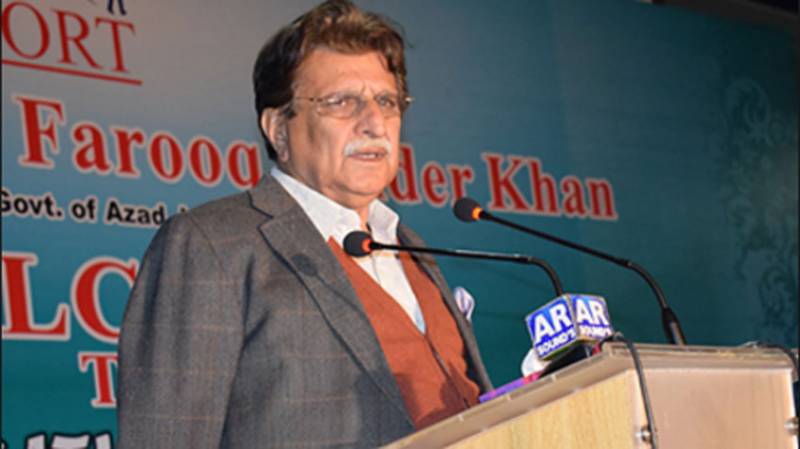 AJK Prime Minister Raja Farooq Haider Khan says India has unleashed a reign of terror in the Occupied Kashmir to suppress the indigenous movement of Kashmiri people for their right to self-determination.

He was presiding over a meeting of Ministers and Members of Legislative Assembly at Kashmir House in Islamabad on Sunday.

The Prime Minister expressed grave concern over the deteriorating human rights situation in the occupied valley.

He said crackdown on the peaceful protestors, illegal detention of the Hurriyat leaders and use of pallet guns on the innocent people has become the daily routine of Indian Army in the valley.

Raja Farooq Haider Khan said with the imposition of black laws in the occupied Kashmir, the valley has become a prison which requires an immediate intervention of international human rights organizations.