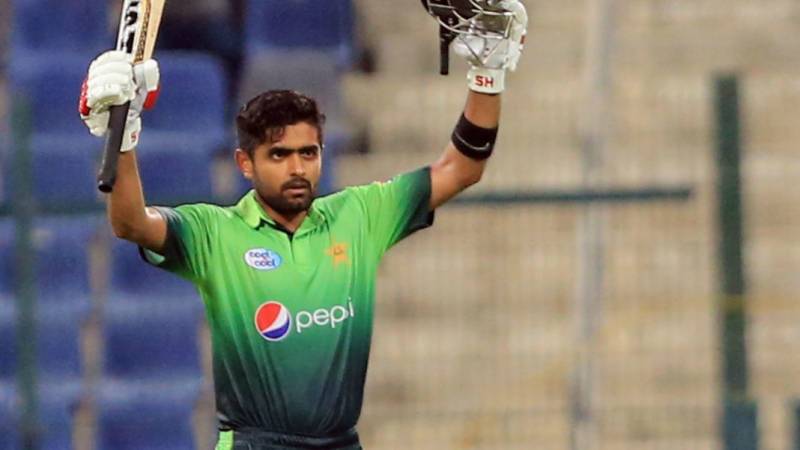 DUBAI - Pakistan’s young batting sensation, Babar Azam claimed the top spot in ICC T20i players ranking for batsmen as he emerged as the top-scorer in the three-match T20i series against New Zealand.

Babar Azam scored 109 runs in three matches that pushed him 11 ranks up in the ranking to replace Colin Munro at the top spot. He is now leading Aaron Finch, the second-ranked batsman, by two points at the top, who has 784 points against his name.

New Zealand’s Colin Munro started off the series as the first rank holder, but slipped down to the fourth spot due to an unimpressive performance in the series and missing the third T20i.

The 23-year old is the second Pakistani to rule ICC T20i ranking for batsmen, former skipper Misbah Ul Haq was the first one to grab the first position in 2009.

On the other hand, Ahmed Shehzad’s comeback has earned him a jump to 25th position, whereas Sarfraz Ahmed has moved from 76th spot to 55th and Fakhar Zaman moved 41 ranks up to hold the 71st rank.

Among bowlers, Shadab Khan enjoyed a jump of 28 places to 14th spot courtesy of being the highest wicket-taker in the series against New Zealand. Whereas, the left-arm pacer Mohammad Amir now holds 27th rank.

Rumman Raees has also entered the top-100 bowlers with an improvement of 33 places, he is now ranked at 92nd position.