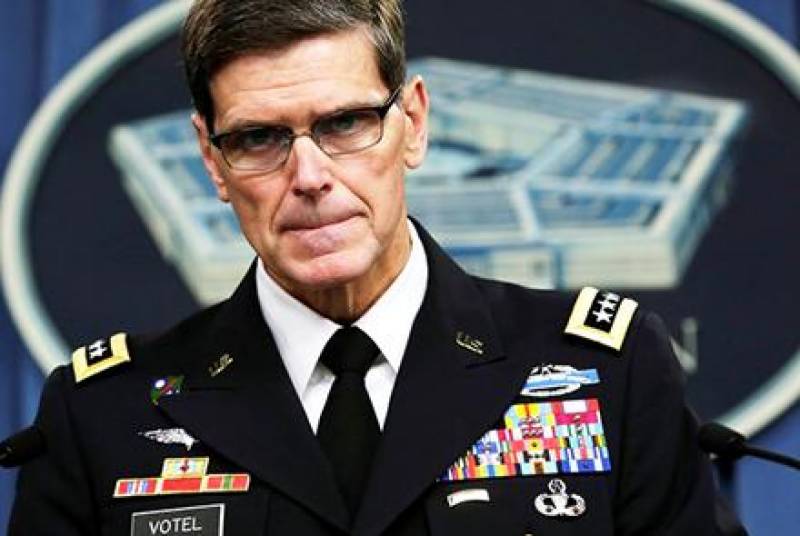 KABUL - General Joseph L. Votel, Commander of United States Central Command, has said that the recent attacks by militants in Afghanistan will not impact the US commitment to Afghanistan.

The recent attacks have served only to bolster the US commitment, he said.

"As horrible as this is, to me, it strengthens our resolve to help them move forward."

While critics still blame government for its weakness to thwart Taliban attacks, a number of military commentators have said that to curb Taliban attacks in Afghanistan, there is a need to hit them in their bases and training camps before they can launch any attacks.

In the past few days, both Afghan security officials and their foreign counterparts have said that they are planning more inclusive programs to hit Taliban and Daesh insurgents in different parts of the country such as Helmand and Kunduz provinces.

“We have eliminated over 10 enemy personnel. Five other enemies were wounded (in the past few days),” said Sayed Qurban Mousavi, commander of Pamir 20 army regiment in Helmand.

“There is widespread clashes, but they (Taliban) will not be able to takeover big cities,” said Mohammad Dawoud Tarahkhail, commander of 505 police in Bost district of Helmand province.

But analysts say that when government officials and foreign forces have tried to launch operations, insurgents increased their coordinated attacks in urban areas of the country, such as Kabul.