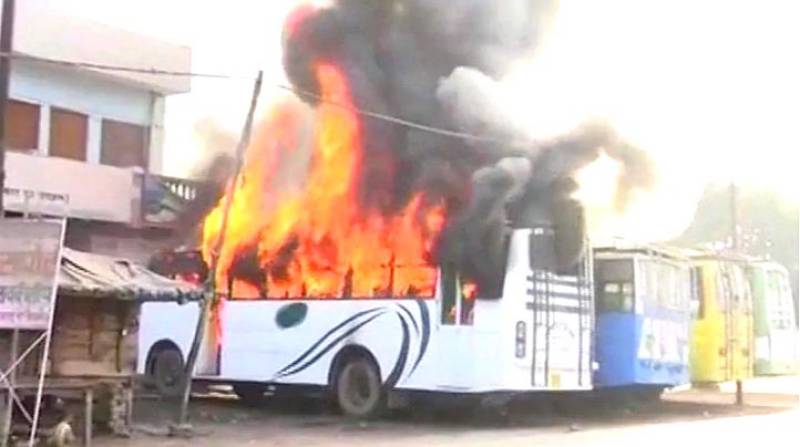 Indian police say they rushed security forces to a northern town where a clash between Hindu and Muslim groups left one person dead and three others injured during India's National Day celebrations.

Uttar Pradesh state police spokesman Rahul Srivastava says the two groups shot guns and attacked each other with rocks on Friday in Kasganj, a small town in the state.

Violence broke out again in Uttar Pradesh’s Kasganj when agitated groups of people returning from a cremation set a kiosk on fire at Ghantaghar on Saturday.

Despite deployment of security forces, agitated groups of people, returning from the cremation, raised slogans and burnt a kiosk at Ghantagar.

Police arrested nine persons and registered two FIRs — one over the clash that took place during ‘Tiranga Yatra’ and the subsequent violence, and the other over the killing of Chandan during firing.