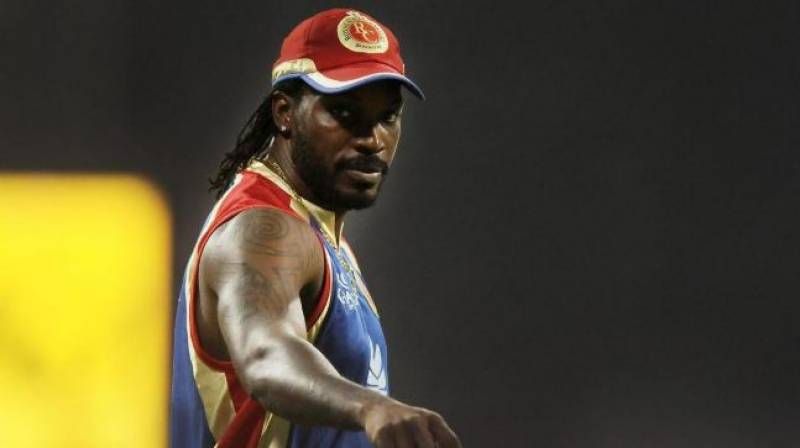 NEW DELHI - Chris Gayle was rejected twice in the IPL Auction 2018 before being finally bought by Kings XI Punjab. The 38-year-old, who played for Kolkata Knight Riders in 2009 and 2019 and Royal Challengers Bangalore from 2011-2017, went to KXIP for his base price of Rs 2 crore in the last round of the player auction held in Bengaluru.

Gayle did not attract any bids on Saturday but the West Indian power-hitter would have pinned his hopes on the accelerated bidding process. However, once again, there were no bids for Gayle even though his was the first name to be called out from a list of unsold players.

But Gayle, along with a few other players, was represented again for a third time. KXIP, who had been left with Rs 2.30 crore in their kitty (out of a purse of Rs 80 crore), bid for him. By then, Rajasthan Royals were the only other team who had any money left in their purse to bid for Gayle. However, they did not have enough to bid against KXIP.

No player has scored more IPL hundreds than Gayle's five. In 101 matches in the tournament, he has scored 3626 runs at an average of 41.20. His 175 against Pune Warriors back in 2013 remains the highest individual score in IPL history.

It was perhaps no surprise that teams, initially, did not want to bid for Gayle after Royal Challengers Bangalore decided not to retain him. At 38, Gayle is not the same player he was a few years ago.

Gayle was the Orange Cap holder for two successive seasons (in 2011 and 2012) after being roped in by RCB.

Before a successful stint with the Royal Challengers, Gayle turned out for Kolkata Knight Riders in 2009 and 2010 where he scored 463 runs from 16 matches. Over the next eight years, Gayle showed his real class for RCB, smashing 3163 runs including five hundreds.

Gayle also boasts of the most sixes in IPL history - 265.

However, Gayle managed only 200 runs from nine matches last season with a highest of 77.

The general lack of interest from the IPL teams this year may not necessarily have anything to do with Gayle's current form. He scored two swashbuckling hundreds for Rangpur Riders in the Bangladesh Premier League.

The current IPL contract will be made out for three years and Gayle may not have seemed lucrative enough as he approaches 40.KXIP of course thought otherwise and snapped him up after they had filled in their other slots.