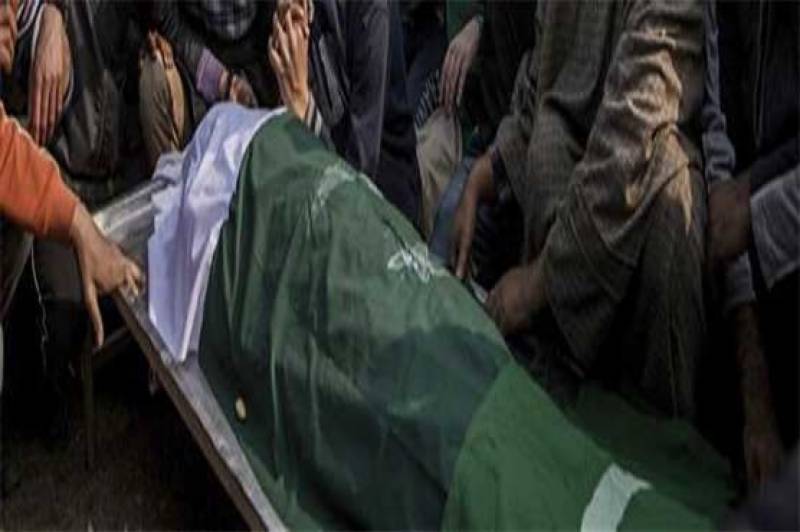 SRINAGAR - In Occupied Kashmir, a peaceful protest rally was taken out in Srinagar on Monday, to condemn fresh spree of killings and frequent cordon and search operations by Indian forces in South and North Kashmir.

The protest march was carried out from Aabiguzar to Lalchowk in Srinagar.

Call for the march was given by the Joint Resistance Leadership comprising Syed Ali Gilani, Mirwaiz Umar Farooq and Muhammad Yasin Malik.

The three leaders Syed Ali Gilani, Mirwaiz Umar Farooq and Muhammad Yasin Malik in their joint statement said that India had turned Jammu and Kashmir into a slaughter house where people were subjected to brutalities without discrimination of age and gender.

They said that the increasing incidents of killings were proof of genocide of the Kashmiris carried out under the supervision of India and its puppet regime in the territory.

Meanwhile, rows of mourners continued to visit Ganowpora and Balpora areas of Shopian to express solidarity with the families of the martyred students.

Draped in Pakistani flag, Javaid and Suhail were buried at their ancestral villages in the district.

On the occasion, the graveyards were covered with Pakistani flags and photos of martyred mujahideen including Burhan Muzaffar Wani.

Clashes erupted in Pulwama district after youth came out of their houses and staged massive protests against the killings in neighboring Shopian district. The troops used force and fired teargas shells on the protesters.

The shutdown continued in Shopian to mourn the killings.