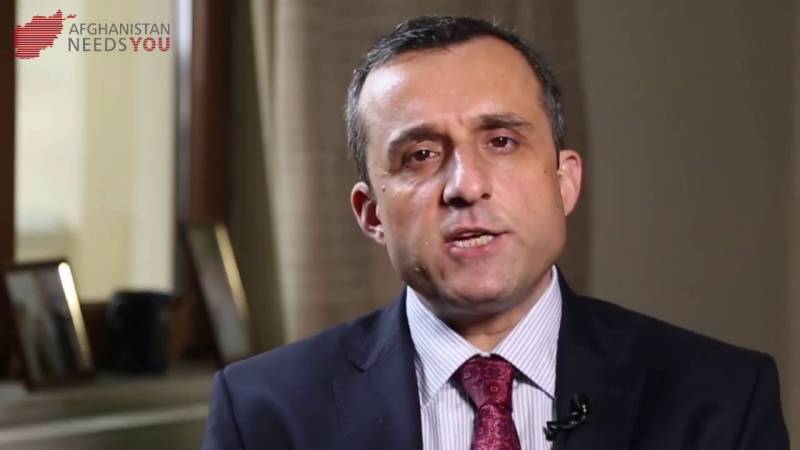 KABUL - Head of Afghanistan senate’s defense committee Mohammad Hashim Alokozai on Monday said that government has failed in its efforts to identify and deal with certain elements inside the administration who are collaborating with the Taliban, TOLONEWS has reported.

Saleh claimed that one of the deputies of the National Security Council (NSC) is a Pakistan spy. He said the person works for the agency Inter-Services Intelligence (ISI).

“One of the deputies of the National Security Council has links with Pakistan, he is an agent, he is a spy and the government knows it,” said Saleh.

[image: “One of the deputies of the National Security Council has links with Pakistan, he is an agent, he is a spy and the government knows it,” said Saleh.]

But, president Ashraf Ghani has reiterated his resolve to bring reforms to the security sector.

Serious criticism has been levelled against the government’s security strategy following a fresh spate of attacks by the Taliban and Daesh in the country. Critics say that government and its security and intelligence agencies have failed to identity the spies.

“Unfortunately, they are collaborating and cooperating with the enemy, we are trying to arrest them, we have arrested dozens of them already from the ranks of the security forces, from inside society and from among the politicians,” said minister of interior Wais Ahmad Barmak.

“There are some slave elements who are bringing the Taliban and Daesh operatives in exchange for money or on the basis of other kinds of relations and help them (insurgents) reach to their objectives, it is clear that the Taliban has got some collaborators,” said Alokozai.

But politicians criticize heads of security agencies for being involved in political issues.

[image: But politicians criticize heads of security agencies for being involved in political issues. ]

“Unfortunately for a long time, the security institutions are engaging in political issues, they engage in the removal of political rivals, make conspiracies against the politicians of the country and work to create a repressive system instead of maintaining security for the public,” said Anwarul Haq Ahadi, chairman Jabha-e-Naween party of Afghanistan.

But, president Ashraf Ghani has called on politicians to sideline their political objectives and instead work for national unity.

“Afghan political elite must rise above petty politics and unite to serve our people and defend our nation and country against state-sponsored, regional, and international terrorism,” said Ghani on Monday.

Afghan politicians and critics have always said that certain circles within and outside the government are collaborating with the insurgents. But no serious action about the arrest of these elements were reported from the government side.