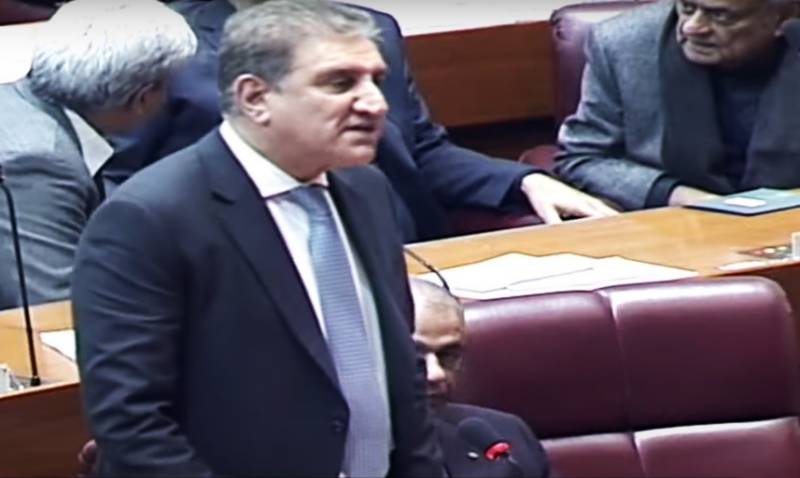 Foreign Minister Shah Mahmood Qureshi has assured that the government will take all possible steps to safeguard economic sovereignty of the country.

Responding to points raised by opposition members in the National Assembly on Wednesday, he said protecting Pakistan's economic independence is the joint responsibility of all of us, especially the Parliament and the government.

He, however, clarified that the current government is not responsible for the economic woes of the country.

Speaking about nuclear assets of the country, the Foreign Minister said the entire nation is unanimous on credible minimum deterrence.

Talking about business of the House, Shah Mahmood Qureshi urged the Opposition to play its due role in smooth functioning of the House.

The House will now meet at four p.m. tomorrow.