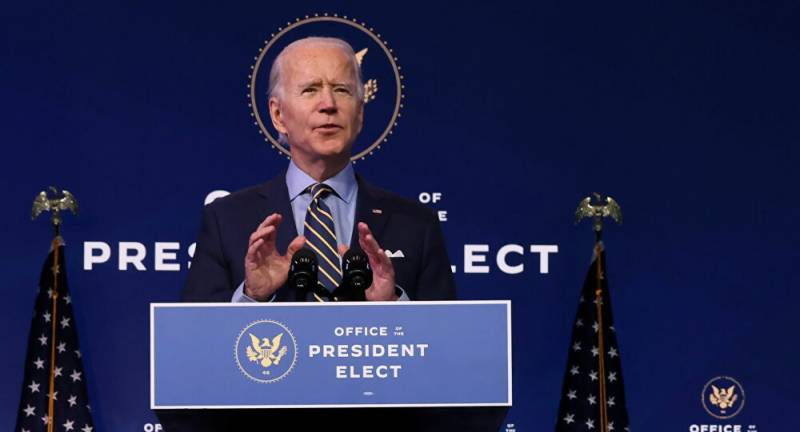 US President-elect Joe Biden earlier said that he would not immediately end the trade war with China and remove trade duties imposed by US President Donald Trump. During a press briefing on Monday, Biden addressed US-China relations, a COVID-19 relief package and transition problems with the Trump administration.

On Monday, Joe Biden, while giving a speech following a briefing by members of his national security and foreign policy agency review teams regarding potential key challenges that the incoming administration is expected to face, suggested that Washington needs to build a coalition of like-minded nations to confront Beijing.

"As we compete with China to hold China’s government accountable for its trade abuses, technology, human rights and other fronts, our position would be much stronger when we build coalitions of like-minded partners and allies that make common cause with us in defense of our shared interests and our shared values," he said.

Biden said partnering with other democracies on China would "more than double" the US economic leverage over the country. He added that no global problem could be solved by the US acting alone, including climate change and the coronavirus pandemic.

As Biden will occupy the White House for at least four years, many experts and officials around the globe have speculated that his presidency will represent a sharp break with Trump's foreign policy.

This is especially important for Beijing, since under the Trump administration US-China relations significantly deteriorated, with Washington accusing Beijing of unfair economic practices, human rights violations in some of its regions, encroachment on the special status of Hong Kong, and a lack of transparency regarding the coronavirus pandemic.

Biden accused the incumbent administration of withholding national security information and said his team had faced most of its obstruction of the transition process from the political branch of the Pentagon.

"From some agencies our team received exemplary cooperation, from the career staff of those agencies, from others - most notably the Department of Defense - we countered obstruction from the political leadership of that department," he said.

According to the president-elect, his team is not getting "all the information that we need from the outgoing administration in key national security areas." He added, that "it’s nothing short of irresponsibility."

Biden specifically mentioned the Office of Management and Budget as another example of a government department where his team was facing “roadblocks.