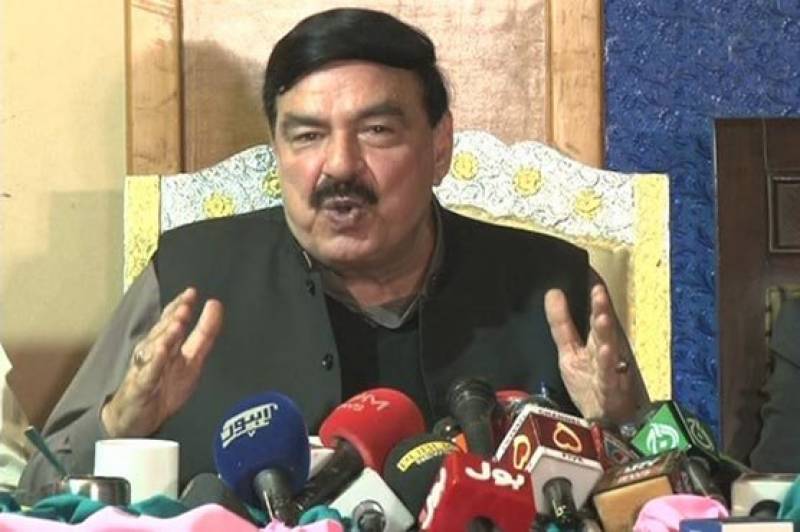 He said that cases against Pakistan Peoples Party (PPP) co-chairman Asif Ali Zardari are stronger than the ones on Pakistan Muslim League-Nawaz (PML-N) Quaid Nawaz Sharif.

“Whenever someone starts to speak more, just understand that it is his turn now. Khursheed Shah’s fate is also the same as his Quaid,” he maintained during a press conference in Lahore.

Rashid also challenged former Prime Minister Shahid Khaqan Abbasi for a debate. “He should be prepared as all will be revealed if the LNG matter is opened,” he added.

He once again criticized Shehbaz Sharif’s appointment as Public Accounts Committee (PAC) chairman and said, “My heart aches over this but I respect the friendship with Imran Khan.”