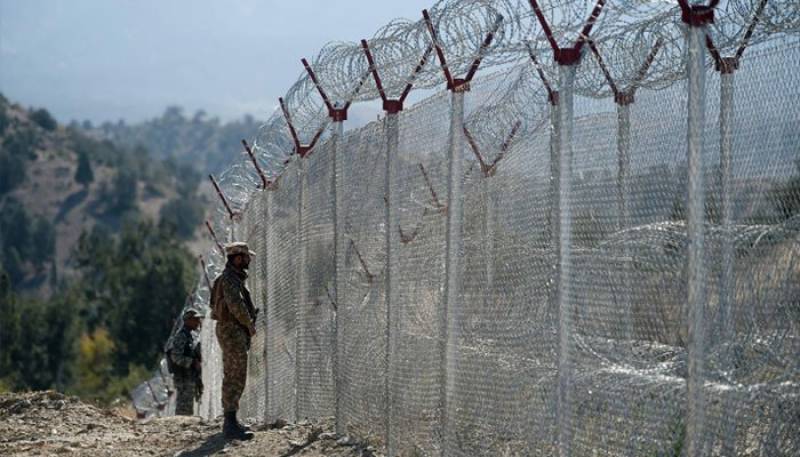 RAWALPINDI – The Pakistan Army has completed fencing of the first phase of the highly volatile and dangerous terrain along Pakistan Afghanistan border.

First 482 km long strip of the Pakistan-Afghanistan border in the Khyber Pakhtunkhwa (K-P) has been completed and that too ahead of schedule.

The fence – a part of 1,403km long border – is equipped with security cameras and motion detectors to improve surveillance and security in the area.

The security officials briefed a delegation of journalists on Thursday and detailed that in 2017, the Pakistan Army in the first phase started working on 482km long patch along Pakistan-Afghanistan border and completed it well before time.

“Equipped with water, solar electricity and protection mines, 233 forts have also been constructed on the 1,403 km long border. To link these forts, safe tracks are also being constructed,” said the officials.

With the rise in cross-border infiltration, Pakistan has put in place extraordinary measures and special cards have been given to 200 Afghan students who live in Afghanistan but study in Pakistan.

According to security officials, the Afghan check posts near the border are provided water by Pakistan as a goodwill gesture.

Though Pakistan is fencing the border to improve the security, however, the measures are not being welcomed by the Afghan government.

According to authorities, annually two-three attempts are made to disrupt the fence building and to cross the border into Pakistan.

Till now 1,900 Afghans have been arrested and deported, detailed the officials.

Just two days back, the security forces killed three terrorists and handed over their bodies to Afghan officials, however, 539 km long route – the easiest route to enter Pakistan – has already been fenced.