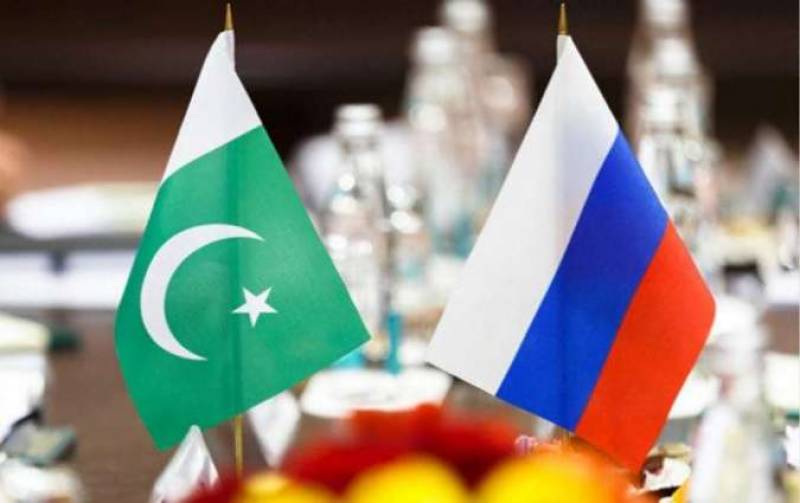 KARACHI: Bilateral trade between Pakistan and Russia improved to US$660 million during 10 months of the current

calendar year which is expected to reach around US$750 to US$800 million by year end.

According to an official of Karachi Chamber of Commerce and Industry (KCCI), Trade representative of Russia, Yury Kozlov, during his visit to the chamber said there existed huge potential to boost the current trade volume between the two countries.

This, however, said to be gradually improving due to lack of direct banking channels and this was despite the fact that State Bank of Pakistan and the Central Bank of Russian Federation had already signed a Memorandum of Understanding (MoU) in January 2018.

The Russian Trade Representative said the central banks of both countries need to act more energetically so as to ensure that needed progress is made without any unwarranted delays.

Yuri Kozlov was quoted to have said that Russia was engaged in numerous projects and was cooperating with Pakistan in the construction of north and south gas pipeline from Karachi to Lahore and also engaged in a project at Jamshoro Power Plant for production of 600MW.

Russia was said to had also offered assistance in the expansion of Pakistan Steel Mills while Russia's Gazprom has also shown interest in financing Iran-Pakistan (IP) gas pipeline project.

On the occasion compact discs carrying presentations of 200 Russian companies and details of the exhibitions scheduled to be staged in Russia throughout the year were also handed to KCCI officials.

It was said that all these Russian companies were keen to explore opportunities in Pakistan whereas the business and industrial community of Karachi Chamber should look into the possibility of participating in numerous trade exhibitions in Russia.

KCCI was suggested to send a trade delegation to Russia with a view to enhance the existing trade and investment cooperation between the two countries.

Pakistan Steel Mills, he said can be turnaround through Russian assistance, he added emphasizing that Pakistani food exporters can capitalize on the ban imposed by the Russian government on agricultural imports from European countries.

Makda also suggested need to sign a MoU between the Karachi Chamber and Moscow Chamber to help improve business linkages between the two.