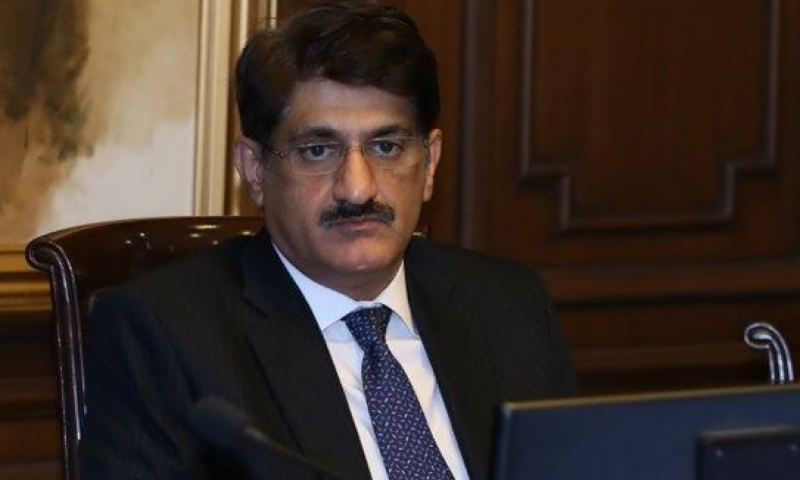 PTI Firdous Shamim Naqvi, the current leader of the opposition in the Provincial Assembly of Sindh, on Saturday presided over a consultative meeting with the leaders of Grand Democratic Alliance (GDA) in Karachi to trigger a ‘vote of no confidence’ in the Sindh Chief Minister Syed Murad Ali Shah.

Reportedly, GDA’s members of provincial assembly (MPAs) also participated in the meeting, whereas Muttahida Qaumi Movement (MQM) did not join the meeting.

Moreover, PTI’s Haleem Adil Sheikh, who has been elected as a member of Sindh Assembly from Constituency PS-99 (Karachi East-I), has claimed that following the ‘possible’ arrest of Pakistan Peoples Party’s (PPP) co-chairman Asif Ali Zardari, the party could split into many factions, and further revealed that the party’s 20 MPA’s were in contact with him for their possible ‘shift to PTI’.

Meanwhile, Sindh Governor Imran Ismail vowed that the PTI would continue its support for accountability process and the rule of law, and repulsed the implication that the process could be effected by protests or ‘constitutional war’.

He spoke to the media in Sukkur and said “I am not aware about imposition of the governor rule in Sindh,” he said, adding that if the provincial government would not accept, he would approach the federal government for installation of desalination plants in the province.