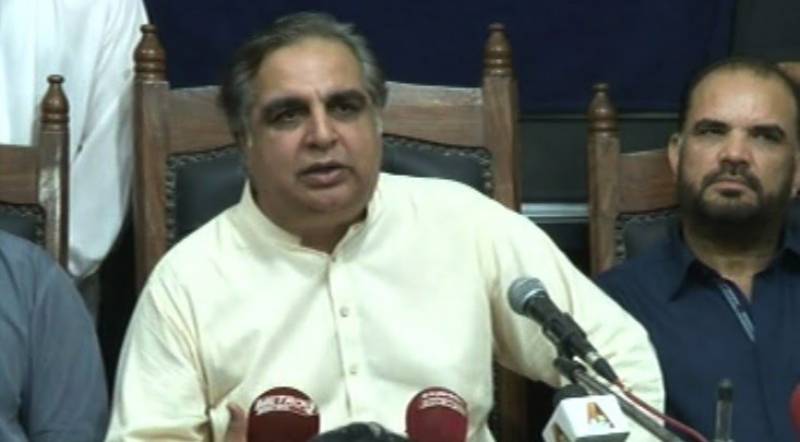 KARACHI - Sindh Governor Imran Ismail on Saturday has responded over the media reports of Governor Rule in Sindh.

He rejected reports of imposition of governor's rule in the province amid friction between the federal and provincial government over the ongoing money laundering case.

Addressing a joint press conference with Muttahida Qaumi Movement-Pakistan leader Khawaja Izhar ul Hasan, the governor said that the elected representatives will complete their respective tenures according to their constitutional mandate.

“Any possiblity of imposition of governor's rule in the province is not in my knowledge,” he said.