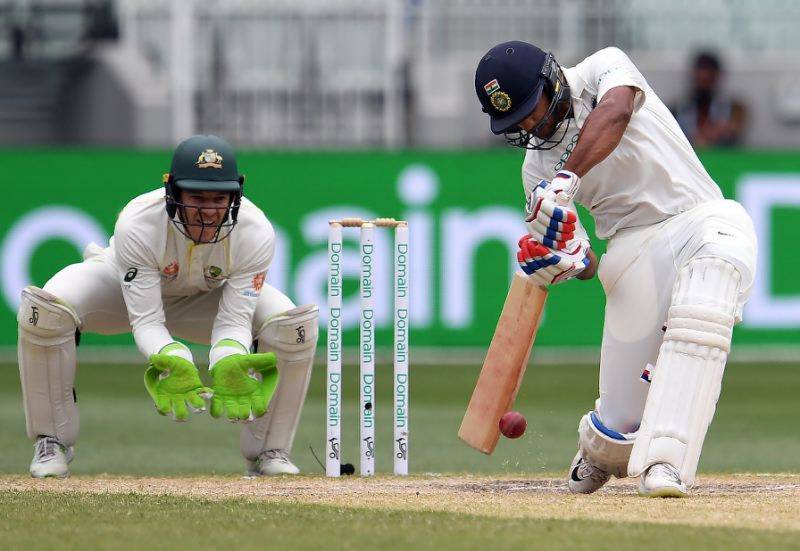 Melbourne: India declared at 106 for eight in their second innings of the third Test on Saturday, setting Australia a huge 399 to win and prevent them going 2-1 up in the series.

After early morning drizzle in Melbourne, India started the day with a 346-run lead and with five wickets in hand on a pitch where batting was becoming harder and harder.

Pat Cummins had sparked the game back into life late Friday by grabbing four wickets in a devastating opening spell, and he did the damage again on Saturday.

He got the wicket of opener Mayank Agarwal for 42 and then had Ravindra Jadeja caught at short point by Usman Khawaja from an edge for five.

When Rishabh Pant fell to Josh Hazlewood for 33, skipper Virat Kohli made the declaration.

India declared at 443-7 in their first innings before bowling out Australia for just 151.

They are angling for a first ever series win Down Under. The series is currently tied at 1-1 with just the Sydney Test next week to go.