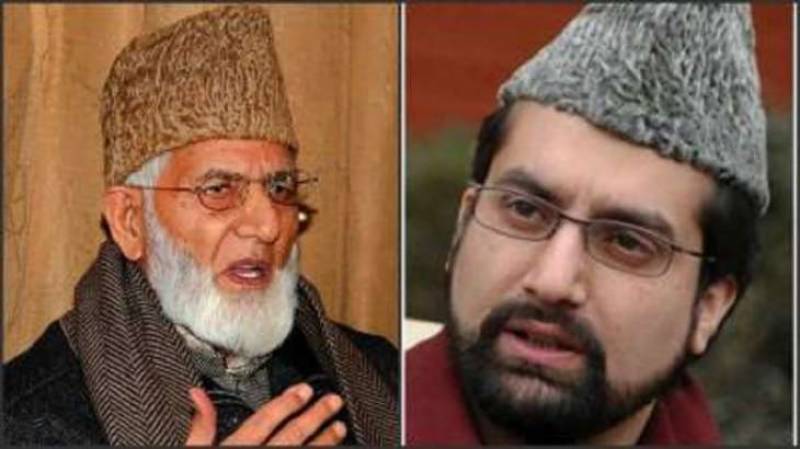 ISLAMABAD: The Chairman of All Parties Hurriyat Conference (APHC), Syed Ali Gilani, the Tehreek-e-Hurriyat Jammu and Kashmir Chairman, Muhammad Ashraf Sehrai, and other Hurriyat leaders and organizations have paid rich tributes to the youth martyred by Indian troops in Pulwama.

According to Kashmir Media Service, the troops during a cordon and search operations martyred one youth,Ashfaq Ahmed Wani, at Renzipora on Friday and four others at Rajpora in the district, Saturday.

Syed Ali Gilani in a statement issued in Srinagar said that the Kashmiri youth were sacrificing their lives for a sacred cause and the people of Kashmir were duty-bound to safeguard these sacrifices with utmost commitment and dedication to pursue the cause.

“We should be united in pursuing our common goal. We caution the people against the multi-faced hypocrites and fresh entrants of the brigade of stooges. These are the main culprits responsible for the bloodshed and death and destruction all around,” he said.

Muhammad Ashraf Sehrai in a statement in Srinagar said that the Kashmiri people were facing the worst kind of oppression but despite that they would take their freedom movement to its logical end. He said that the Indian forces’ personnel were continuously killing innocent Kashmiris and had broken all time records of oppression in the occupied territory.

Hurriyat leaders and organizations including Farida Bahenji, Abdul Samad Inqilabi, Muhammad Shafi Lone and Jammu and Kashmir Muslim League in their statements in Srinagar paid glowing tributes to the martyred youth and said that Indian troops were engaged in a planned genocide of the Kashmiri youth. They said that the people of Kashmir were struggling for securing their birthright to self-determination but Indian forces were using brute force to suppress their just struggle.

On the other hand, a delegation of Jammu and Kashmir Muslim League headed by its General Secretary, Muhammad Rafiq Ganai, visited Kiol area of Pulwama and expressed solidarity with the family members of martyred youth, Ashfaq Ahmed Wani.