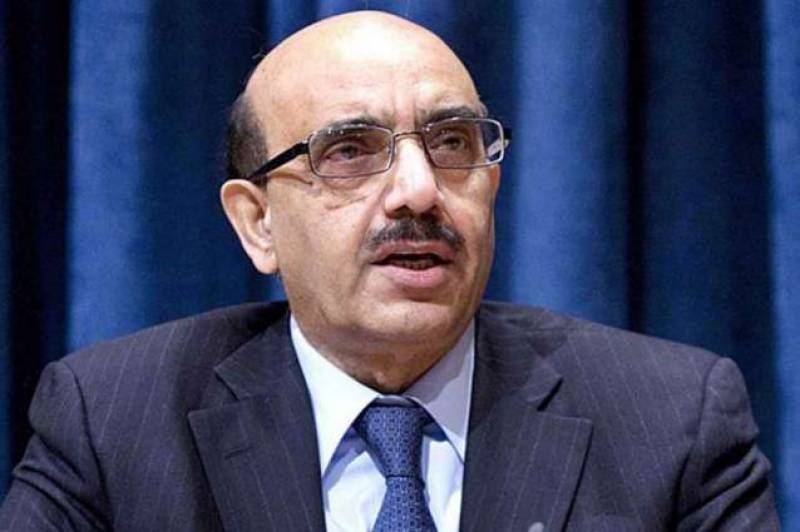 MUZAFFARABAD: President of Azad Jammu and Kashmir Sardar Masood Khan said AJK government gives utmost importance to Mansehra-Muzaffarabad-Mirpur and Mangla Expressway project as it will not only connect different districts of the state to one another but will also play a significant role in socio-economic uplift of the people.

He expressed these views during a briefing given to him on Environmental Impact Assessment (EIA) of the project by the officials of Zeeruk International (Pvt) Ltd at Presidential Block of Jammu and Kashmir House here.

The President said that the project to be implemented under the China Pakistan Economic Corridor (CPEC) framework would not only significantly reduce travel distance between Mirpur and Muzaffarabad but would also pass through different districts of Azad Kashmir connecting them with one another.

“People from other regions of Azad Kashmir, especially southern districts Mirpur, Bhimber, Kotli and Sudhanoti take a long time to reach Muzaffarabad as the existing road network, though improved than before over the time, doesn't provide for fast movement,” President Khan asserted.

He demanded early release of funds by the federal government for the road project that will provide modern road facilities to all parts of the country including Azad Jammu and Kashmir.

In this regard, Environmental Impact Assessment of Mansehra, Muzzaffrabad, Mirpur, Mangla (MMMM) Expressway was carried out by the environmental compliance cell of the organization.