Saad Rafique responds back to the DG ISPR statement
29 Dec, 2017 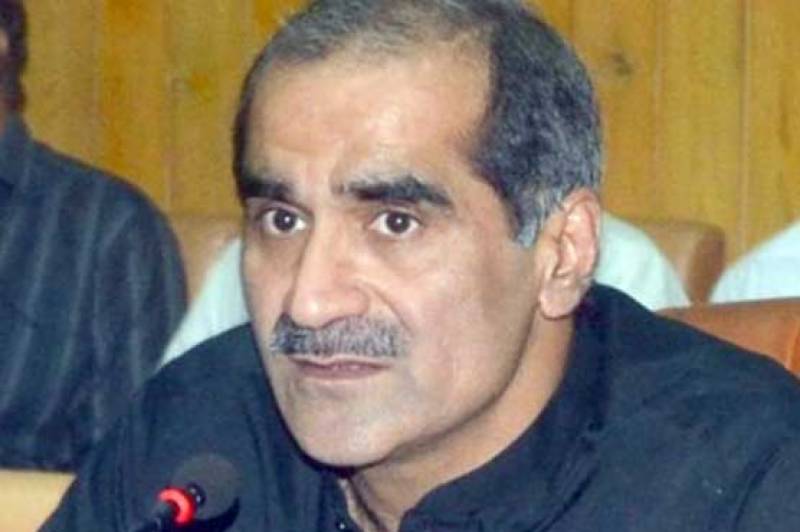 ISLAMABAD - The Federal Minister for Pakistan Railways Khawaja Saad Rafique has responded back to the press conference of the Director General ISPR calling his statement irresponsible and unwarranted behaviour. He said on Thursday that he never engaged in irresponsible or unconstitutional behaviour. Reacting to the press conference of ISPR DG Major General Asif Ghafoor on Thursday, the federal minister said that he can never even imagine of targeting the armed forces or the system. He told that he is a responsible person who never adopted irresponsible behaviour. Rafique further clarified his position that he adopted the narrative of unity and homogeneity between the national institutions during the speech to commemorate his father’s death anniversary. “It is not appropriate to build opinion on a few words from the 27-minute speech,” he noted, stressing that his speech was presented beyond the true meaning. The Railways Minister expressed disappointment over certain sections that are “spreading misunderstandings between institutions”. He claimed of playing a silent role for the establishment of harmony between institutions, adding that they inform the respective authorities whenever there are complaints. He acknowledged ISPR DG of being a positive man, saying that his response brought disappointment. Rafique said that the media should not only discuss the matter but also show the entire speech. While answering a question on the Minister for Railways’ remarks. DG ISPR said that the statement was extremely irresponsible and unwarranted as it targets the chain of command. The Pakistan Army is a disciplined institution and the army chief’s orders are followed without question, he added. Ghafoor said, "The army takes pride in its discipline. These remarks should not have been made."