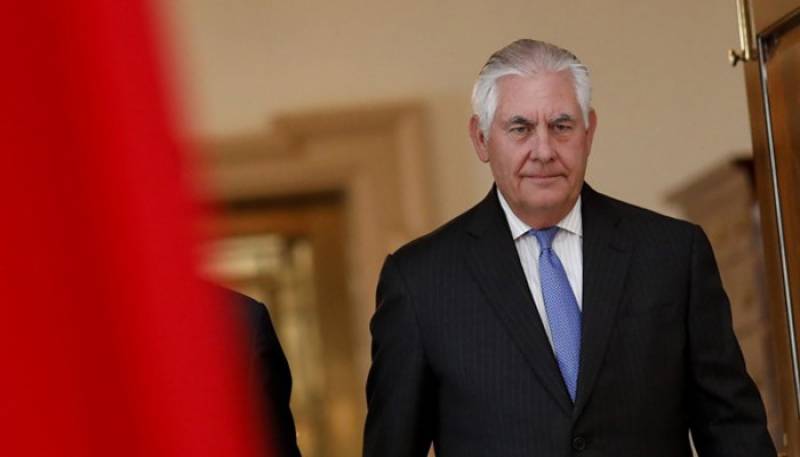 WASHINGTON: The United States is prepared to partner with Pakistan to defeat terrorist organisations seeking safe havens, US Secretary of State Rex Tillerson wrote in an op-ed published in the New York Times on Wednesday. In the article titled 'I Am Proud of Our Diplomacy', Tillerson gave an overview of US diplomacy since the Trump administration took over in January and how the administration was dealing with issues on the foreign policy front. According to Secretary Tillerson, the United States' commitment to stop terrorism and extremism motivated the Trump administration to adopt a new South Asia strategy focusing on Afghanistan. "That country [Afghanistan] cannot become a safe haven for terrorists, as it was in the days before the Sept. 11 attacks. Pakistan must contribute by combating terrorist groups on its own soil," he wrote, before once again pushing the 'do more' mantra, adding that Islamabad "must demonstrate its desire to partner with us". 'Pakistan has done enough' Pakistan has responded by saying it has already done enough in the US-led war on terror and "cannot do any more for anyone". In a press conference on Thursday, military spokesperson Major General Asif Ghafoor said no organised infrastructure of a terrorist organisation exists inside Pakistan. "We have been saying that Pakistan has fought twice an imposed and imported war inside Pakistan. We have sacrificed a lot. We have paid a huge price both in blood and treasure. We have done enough and we cannot do any more for anyone. Whatever we are doing and shall, will only be done for Pakistan," said the Director-General Inter-Services Public Relations (DG ISPR). "Had we not supported, al-Qaeda would not have been defeated," he added.