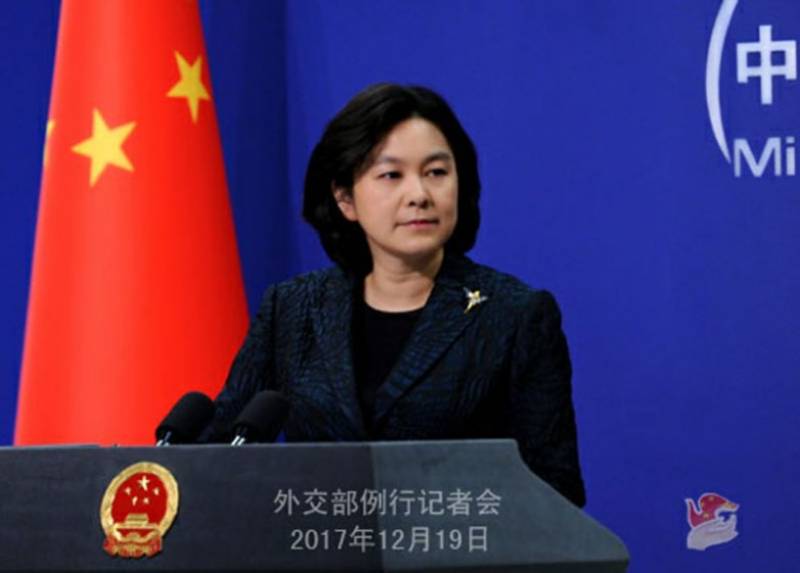 BEIJING - China has welcomed the outcomes of the tripartite dialogue held in Beijing this week and in particular Pakistan’s positive role in making the peace process successful. “We support and encourage the ongoing efforts, strengthening and improving relations, building mutual trust and promoting cooperation between Afghanistan and Pakistan,” was stated by the spokesperson of the Chinese Foreign Ministry Hua Chunying while briefing newsmen about the outcome of the tripartite dialogue. The spokesperson said, “We are bound by mountains and rivers as well as intertwined interests and cultural exchanges. It is only natural for the three neighbours to step up dialogue and cooperation, says a report issued by Chinese embassy in Islamabad. At present, Afghanistan is at a crucial stage of transformation and Pakistan is entering a critical period for stability and development, while China is vigorously advancing the Belt and Road Initiative. “We regard Afghanistan and Pakistan as important cooperation partners and stand ready to make positive contributions to stability, security and development in Afghanistan, Pakistan and the region at large. Stronger dialogue and cooperation serves the common interests of the three parties and helps maintain regional peace and stability,” she said. The first China-Afghanistan-Pakistan Foreign Ministers’ Dialogue produced a series of important consensus, as illustrated by Foreign Minister Wang Yi when he jointly met the press with Afghan Foreign Minister Rabbani and Pakistani Foreign Minister Khawaja Asif. There is an eight-point consensus. First, the three parties will work to deepen the trilateral cooperation in accordance with the principle of mutual respect, equal-footed consultation and win-win results under the framework of the foreign ministers’ dialogue. Second, the three parties agreed to achieve four goals, namely supporting the peace reconstruction and reconciliation efforts of Afghanistan; assisting Afghanistan and Pakistan in improving their relations; promoting common security of the three countries and the region at large; and advancing regional connectivity and cooperation on the Belt and Road Initiative. Third, Afghanistan and Pakistan agreed to expedite the improvement of the bilateral relations for harmonious coexistence. Fourth, the three parties reiterated their commitment to an Afghan-led, Afghan-owned reconciliation process. Fifth, Afghanistan and Pakistan reaffirmed their support for China’s Belt and Road Initiative. They expressed their willingness to align their respective development strategies with the Belt and Road Initiative and discuss trilateral cooperation under the Belt and Road framework. Sixth, China and Pakistan will jointly launch assistance projects for Afghanistan in areas concerning people’s livelihood like medical care and health, human resources and agriculture. Seventh, the three parties agreed to, in accordance with the consensus reached through the trilateral vice-ministerial consultation mechanism on counter-terrorism and security, enhance counter-terrorism coordination and cooperation in an effort to combat all terrorist organizations and individuals without any distinction of any sort. Eighth, Afghanistan and Pakistan agreed to strengthen communication between the Afghan Ulema Council and the Pakistani Ulema Council and prevent the spread and dissemination of religious extremism. To realize a larger-scale connectivity under the Belt and Road framework, the three parties agreed to proceed in incremental steps from easy and small projects to more difficult and bigger ones and identify concrete cooperation projects through equal-footed consultations to achieve common development and security as well as regional peace and stability. This is in line with the common needs and interests of the three countries. Trilateral dialogue and cooperation does not target any third party and shall be free from any external disruption or disturbance.”