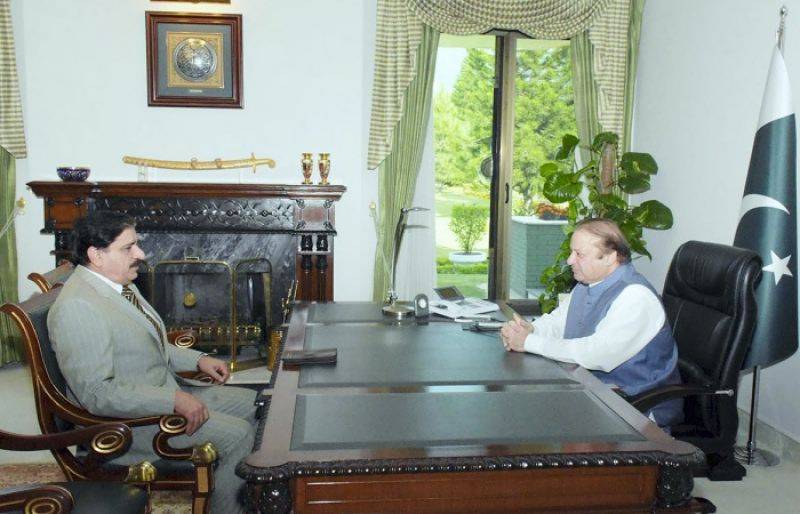 LAHORE - The mystery regarding an unusual meeting between the National Security Adviser (NSA) Lt Gen (retd) Nasser Khan Janjua with deposed premier Nawaz Sharif seemed to resolve as sources have revealed the inside details of the extra ordinary meeting lasting over 5 hours.

Tribune has reported that NSA Naseer Janjua has advised him to avoid civil-military confrontation in view of looming security threats.

The meeting, according to sources, was part of backdoor developments in connection with the future of the Sharif family in mainstream politics.

The huddle, which reportedly stretched over five hours, was also attended by Maryam Nawaz, a close confidante of the ruling family of UAE and Chaudhry Munir, the father-in-law of Maryam’s daughter.

Insiders said Janjua briefed Nawaz that the country was under threat from both the US and India, and the next few months were critical. Pakistan, he said, could come under attack [in the backdrop of US President’s Donald Trump’s changing policy for South Asia].

Nawaz, sources added, was advised to tone down his rhetoric and not be a divisive [political] force in the country at this critical time.

Civil-military relations have been at a visible unease since the ouster of the PML-N chief by the top court in its landmark judgement in the Panama Papers case on July 28.

Meanwhile, sources close to Punjab Chief Minister Shehbaz Sharif claimed that one of close friends of the Sharif family, Sheikh Saeed had played a key role in making his visit to Saudi Arabia possible through his contact with Saudi Arabia’s ambassador to the US.

The meetings in Riyadh will likely focus on the woes of Sharif family and the possible role the Saudi royals could play in creating a common ground between them and the military establishment.

Sources claimed that now Pakistan’s “reliable friends” were engaging with Shehbaz as he is likely to become the next prime minister of the country.