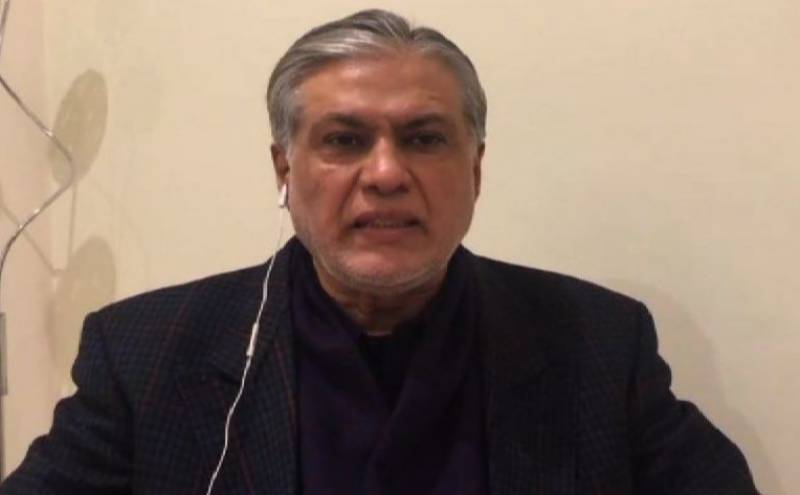 Imran Khan had said that Ishaq Dar has only been sent on leave and not sacked because he is involved in laundering money on the part of Nawaz Sharif and his family.

Imran Khan said fresh documents that have been uncovered show that Sharif family has 11 companies in Dubai.

“Imran Khan is habitual of leveling allegations… I do not have any business relation with Sharif family,” Ishaq Dar said.

“You can hang me if corruption of a single penny is proved against me,” he asserted.

Dar claimed that he hasn’t any information about the business of his son, Ali Dar, in Dubai.

According to reports, National Accountability Bureau (NAB) has decided to arrest Dar through the Interpol.

According to NAB chairman Justice (R) Javed Iqbal “Ishaq Dar is not suffering from any disease that cannot be treated in Pakistan”.

Dar, who is currently in London, has been declared a proclaimed absconder by the Accountability Court over his failure to appear in the trial.

Dar is facing a case filed by the NAB pertaining to his assets beyond known sources of income.