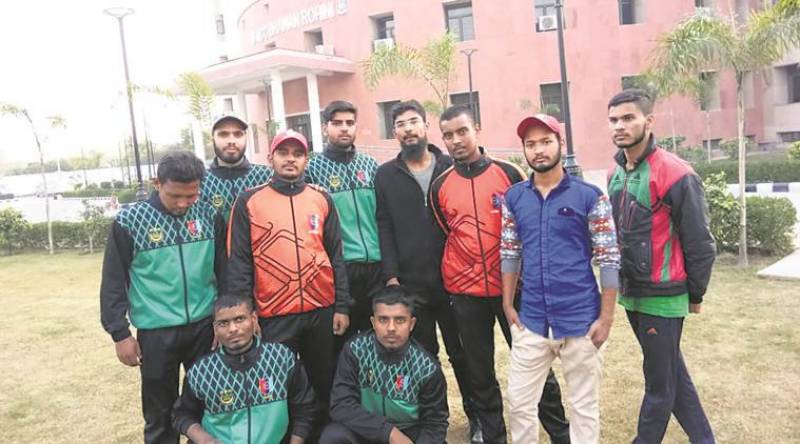 ISLAMABAD: Ten students of Jamia Millia Islamia said that they were barred from participating in a National Cadet Corps (NCC) camp at Rohini in New Delhi as they were sporting a beard .

The students said that the authorities told them to shave their beards overnight or leave the camp. They said that their refusal to do so met with an eviction order, KMS reported.

The students said that they asked the authorities to mention the reason for their eviction on the notice, but were simply given notices for indiscipline. The students stayed outside the NCC camp for a night and reached <link>Jamia <link> the next morning where student organisations protested the discrimination. The NCC cadets also met the <link>Jamia <link> VC.

Dilshad Ahmed, one of the students, said, “We were evicted only because of our beard <link> . On the first day of our camp, we had written an application, saying our beards have a religious importance and we should be told if there is a problem. But suddenly on the sixth day of the camp, the authorities said either shave your beard <link> or leave.”

“We decided not to shave and asked them to give us an out pass or movement order so that we can leave. But we were denied that” he said.

Another student said while the Indian Army only allowed Sikhs to wear turbans and sports beards, the Act through which NCC was set up does not mention anything about the beard <link> . “We asked the commanding officer to mention the specific charge but he just said indiscipline,” he said.

The students said that they were also told that ‘now it is Modi’s rule’.

CO Lt Colonel, S B S Yadav told media men that they had told the students to shave as part of the discipline of NCC. “They said they have their religious beliefs. I told them it is their wish if they wanted to follow their religion and if they’re not comfortable, they’re at liberty to move out. I have been in the Army for 26 years and that’s the discipline I understand that everyone has to shave, barring Sikh gentlemen,” he said.

The student organisations staged a protest against the incident.