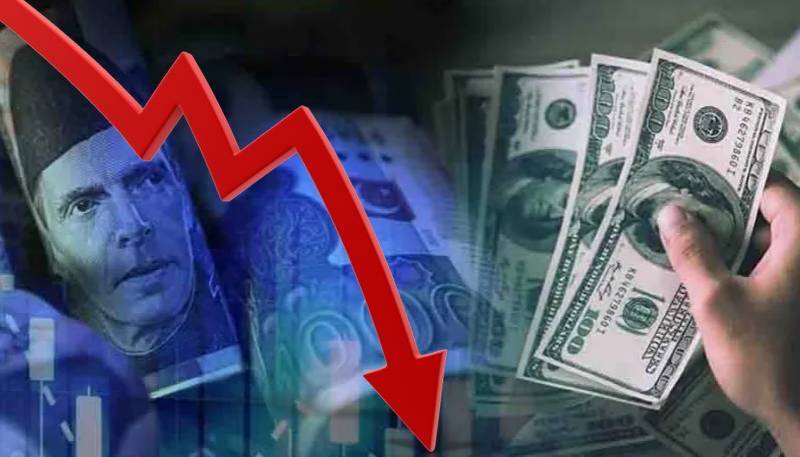 KARACHI – The Pakistani rupee remained under pressure on Monday, depreciating by Rs1.34 against the US dollar in the interbank market.

According to the Forex Association of Pakistan, the local currency was changing hands at Rs222 per dollar at 11:45am, down 0.6 per cent.

People believed that the destruction of crops would lead to a higher current account deficit since Pakistan would have to import wheat.

The United States dollar surged to a 20-year high against a basket of currencies today after Federal Reserve Chair Jerome Powell signalled interest rates would be kept higher for longer to bring down soaring inflation.

He also said that the destruction of crops would lead to a higher import bill, and in turn, a higher current account deficit.

“We have not received good news from the IMF yet. The agreements with friendly countries are all linked to the IMF,” he noted, adding that sentiments had soured because of the political tension between the federal and provincial governments in light of Jhagra’s letter.

Paracha also attributed the rupee’s fall to the smuggling of the greenback to Afghanistan, which he said had caused a shortage in the markets.

fter reaching a record low of Rs239.94 against the dollar on July 28, the local currency had recovered to Rs213.90 in the interbank by August 16. However, it has since continued to fall, losing Rs8.1 till Aug 26 (Friday).