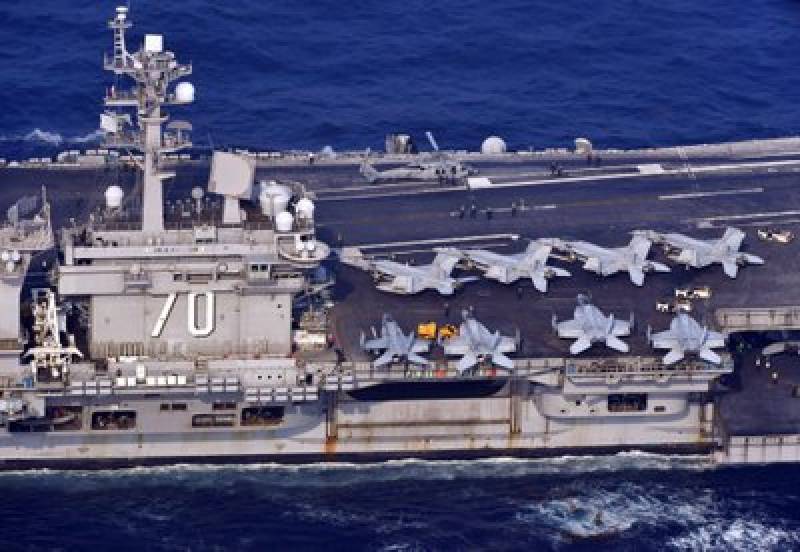 South Korea's navy says it has started joint exercises with U.S. ships, including the supercarrier USS Carl Vinson, which the United States dispatched to the region in a show of force amid the growing threat posed by North Korea's nuclear and missile programs.

The drills began Saturday hours after South Korean and U.S. officials said they detected what they presumed was a failed missile launch from an area near the North Korean capital, Pyongyang.

The South Korean navy says the drill is aimed at "deterring North Korea's provocations and displaying the firm alliance between the United States and South Korea."