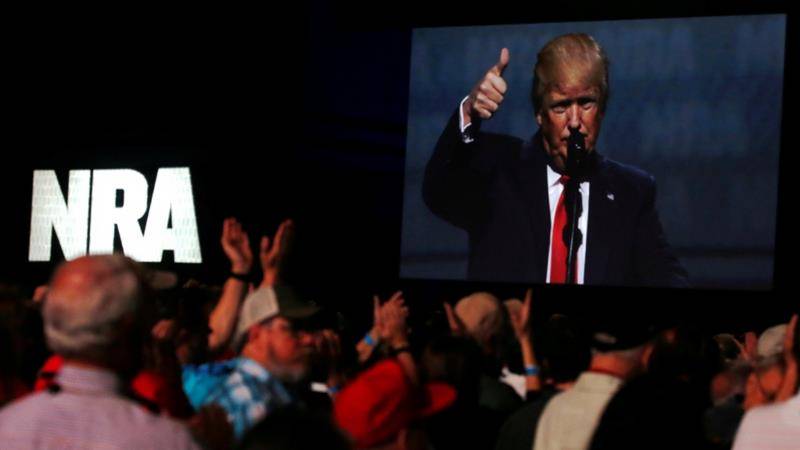 ATLANTA: The United States' powerful gun lobby has "a true friend and champion in the White House," President Donald Trump said Friday in an address to the National Rifle Association.

"The eight-year assault on your Second Amendment freedoms has come to a crashing end," Trump told the cheering crowd in Atlanta, Georgia.

That referred to a constitutional protection for gun ownership, which predecessor Barack Obama had sought to bring under greater control after a string of mass shootings. (APP)