Trump expresses satisfaction over his achievements in 100 days
29 Apr, 2017 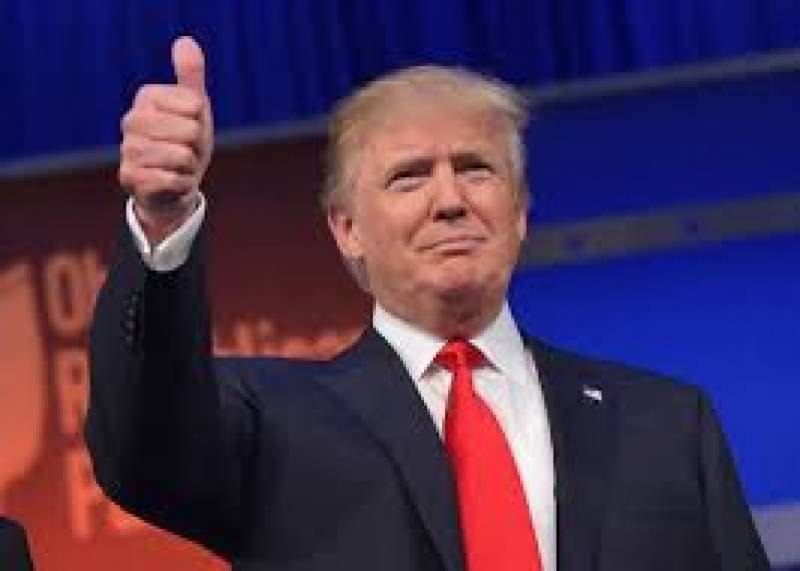 WASHINGTON: Donald Trump said Friday he's "happy" with his achievements on the eve of his 100 days as president of the United States, despite an admission the job's harder than he expected.

"I have to tell you, I don't think anybody has done what we've been able to do in 100 days, so we're very happy," he told reporters after signing an executive order in the White House.

"We're getting a lot of things done," he said, while remarking that he thought the milestone was arbitrary, or "a false standard."

The expression of optimism came a day after Trump revealed that he "thought it would be easier" being president.

"This is more work than in my previous life," the property magnate and former reality-TV star told Reuters in an interview.

American media are highlighting the 100-day mark of Trump's presidency on Saturday as an early-days standard against which his performance can be measured against those of predecessors.

Issues in the spotlight include the court block on his ban on travelers from several mostly Muslim countries, and a failed bid to repeal his predecessor's flagship health care program known as Obamacare.

Trump's campaign promises to renegotiate the North American Trade Agreement, address a nuclear deal with Iran he has criticized, and build a wall along the US-Mexican border are also being looked at.

Other issues include ratcheted up tensions with North Korea and an easing of aggressive rhetoric against China.

At this stage of his presidency Trump is the least popular US leader in modern history.

But he is spending the 100-day milestone in friendly company.

On Friday, he flew to the city of Atlanta to give a speech to the National Rifle Association, a powerful lobby that gave him its full-throated support early in his campaign.

On Saturday, he will hold a rally in Pennsylvania, a state that enthusiastically embraced him during his election. (APP)