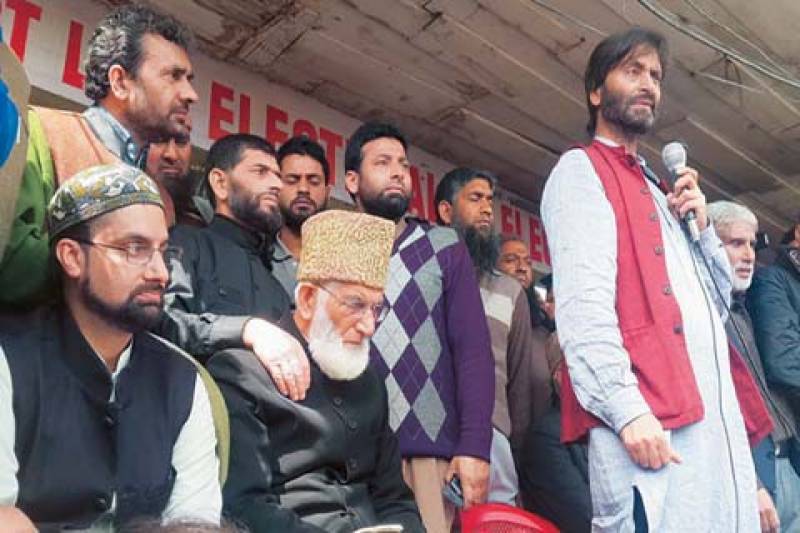 ISLAMABAD: The joint resistance leadership comprising Syed Ali Gilani, Mirwaiz Umar Farooq and Muhammad Yasin Malik has called for complete shutdown, on April 30, against the killing of a 60-year-old civilian by Indian Army in Kupwara in Indian occupied Kashmir.

According to KMS, the civilian, Muhammad Yousuf Butt, was killed at Panzgam in the district on Thursday when Indian army personnel opened fire on peaceful demonstrators who were protesting against a siege and search operation in the area.

The All Parties Hurriyet Conference spokesman, Ayaz Akbar, in a media interview in Srinagar said, Syed Ali Gilani, Mirwaiz Umar Farooq and Muhammad Yasin Malik have asked the people to observe complete shutdown against the killing of innocent civilian in Panzgam. (APP)