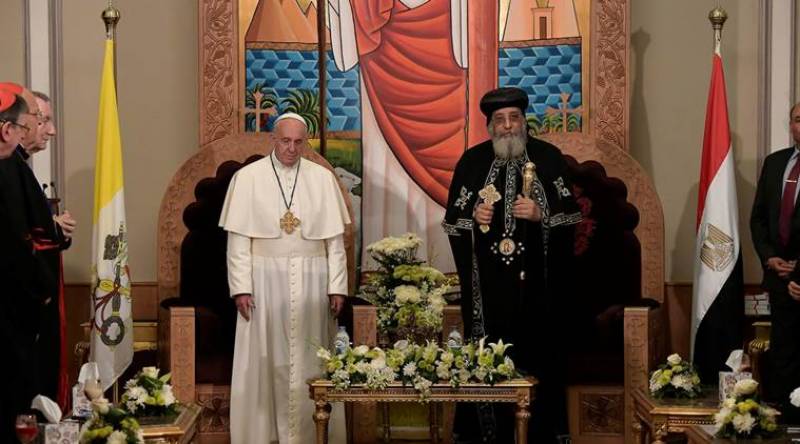 CAIRO: Pope Francis is set to lead a mass for Egypt's small Catholic community on Saturday as he visits the country in support of its Christians following a series of deadly church bombings.

The spiritual leader of the world's almost 1.3 billion Catholics will lead mass for some 30,000 believers in a stadium on the outskirts of Cairo.

The event will bring together members of all Catholic rites in the country -- Coptic, Armenian, Maronite and Melkite.