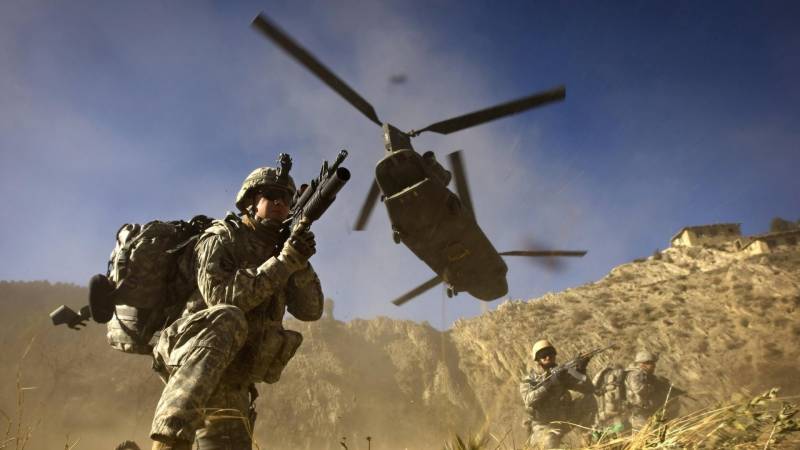 WASHINGTON: US and Afghan troops likely killed the leader of the Islamic State group’s Afghanistan affiliate in a raid this week, the Pentagon said Friday.

US officials also said they have opened a probe into whether two US Army Rangers killed in the assault had been struck by friendly fire. The raid, which occurred overnight Wednesday-Thursday in Nangarhar province, targeted Abdul Hasib, whom the Pentagon called the IS leader in Afghanistan.

“The thought is we got him, but we are not certain,” Pentagon spokesman Captain Jeff Davis said.

Davis said about 50 US special forces and 40 Afghan commandos had been choppered in to the Mohmand Valley late Wednesday near the compound used by Hasib. His group is affiliated with IS in Iraq and Syria, and the US military calls it Islamic State-Khorasan, or ISIS-K.

The troops’ arrival was met with immediate and ferocious opposition, and early on the two Rangers, sergeants Joshua Rodgers and Cameron Thomas, were shot and killed.

“We are investigating the circumstances of the combat deaths of the two Army Rangers in the beginning of what was an intense three-hour firefight,” Davis said.

“It is possible the Rangers were struck by friendly fire.”

A formal probe was underway to determine whether the bullets came from US, Afghan or militant gunfire. One other US commando was wounded in the raid.

“Within a few minutes of landing, our combined force came under intense fire from multiple directions and well-prepared fighting positions,” US Forces-Afghanistan said in a statement.

US-Forces Afghanistan said that if confirmed, the death of the Hasib and his associates would “significantly degrade ISIS-K operations in Afghanistan and help reach our goal of destroying them in 2017.”

The compound was located near the tunnel complex where the US military on April 13 unleashed the “Mother Of All Bombs” — a GBU-43/B Massive Ordnance Air Blast device that the Pentagon said was the biggest non-nuclear weapon it had ever used in combat.

Defense Secretary Jim Mattis paid tribute to the two dead Rangers. “Fighting alongside their Afghan partners, Josh and Cameron proved themselves willing to go into danger and impose a brutal cost on enemies in their path,” Mattis said in a statement.

“Our nation owes them an irredeemable debt, and we give our deepest condolences to their families.”

The Pentagon estimates about 1,000 IS fighters remain in Afghanistan. The militants established a foothold there in early 2015 and their numbers now are about half what they were at their peak, the Pentagon says.