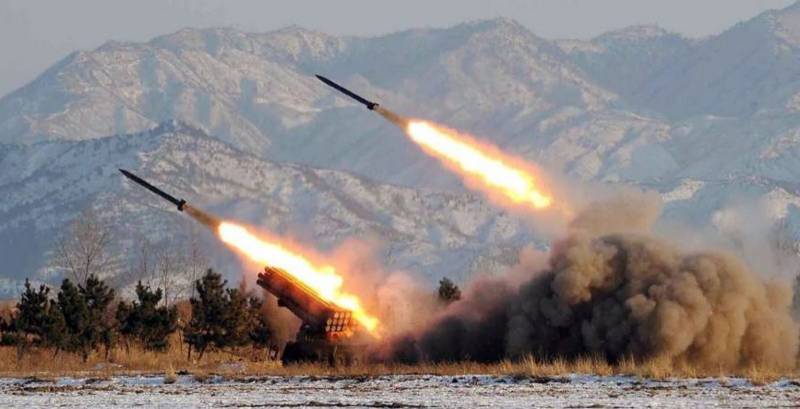 SEOUL: North Korea test-fired a ballistic missile from an area north of Pyongyang Saturday, a news agency report said, but it failed seconds after it was launched.

The test comes with tensions high on the Korean peninsula, with this the latest in a series of missile launches by the North and warnings from US President Donald Trump’s administration that it was running out of patience.

“North Korea fired an unidentified missile from a site in the vicinity of Bukchang in Pyeongannam-do (South Pyeongan Province) early this morning,” Yonhap reported, quoting a statement issued by South Korea’s military.

“It is estimated to have failed.”

In Washington, a US defense official confirmed to AFP that North Korea had test fired some kind of missile.

The report added that the missile “apparently exploded seconds after liftoff”.

Seoul was analysing the type and flight distance of the projectile.

The North has been ratcheting up tensions for months with a series of missile launches, including a volley of rockets in early March which saw three fall provocatively close to Japan.

At the time, Pyongyang said it was a drill for an attack on US bases in Japan.

The surge in tensions has rattled China, especially with Trump’s repeated insistence that the US would take on North Korea alone if Beijing fails to curb Pyongyang’s provocative behaviour.

At UN Security Council on Friday, Washington pushed for tougher sanctions to confront the North Korean threat, piling pressure on China to rein in its ally while warning it was keeping military options “on the table”.

Addressing the UN Security Council for the first time, Secretary of State Rex Tillerson called for a global campaign of pressure to force Pyongyang to change course and put a halt to its nuclear and ballistic missile programs.

“Failing to act now on the most pressing security issue in the world may bring catastrophic consequences,” he warned.

Tillerson put the onus on China to use its “unique” leverage to influence its communist ally, but Beijing pushed back, arguing that it was unrealistic to expect one country to solve the conflict.

China’s patience with Pyongyang has clearly worn extremely thin and — despite their historically close relations — Kim Jong-Un has yet to visit Beijing, more than five years after inheriting power from his father.

But China is reluctant to squeeze the unpredictable North too hard and risk triggering a confrontation or a regime collapse that could send a massive outflow of refugees into its territory — and see US troops on its border in a unified Korea.

Since taking power in 2011, Kim has stepped up a push to upgrade the North’s weapons, and said in a New Year’s address hat Pyongyang was in the “final stages” of developing an intercontinental ballistic missile.

Analysts are divided over how close Pyongyang is to realising its full nuclear ambitions, but all agree it has made enormous strides under Kim’s leadership. – AFP