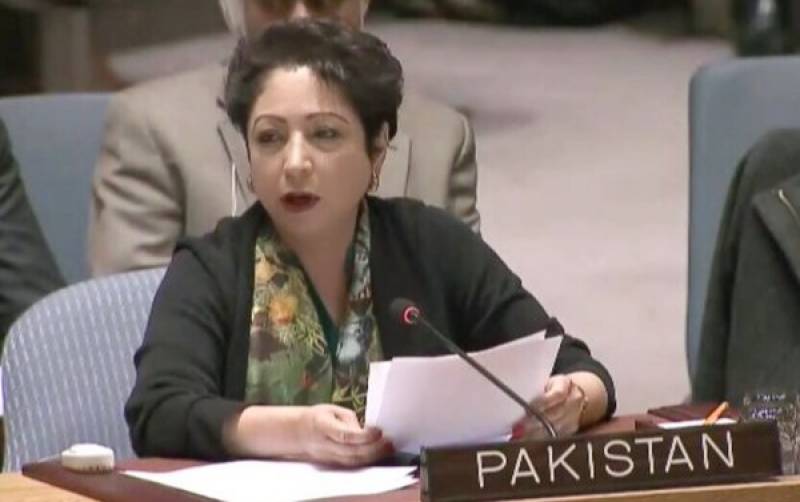 NEW YORK: Pakistan's Ambassador to the United Nations, Maleeha Lodhi, has lauded The Citizens Foundation (TCF), a charitable organization providing quality education to underprivileged children in Pakistan, for its contribution in addressing the country's education crisis.

"Non-profit organizations that are educating the underprivileged in Pakistan are making a vital contribution to meeting the challenge of illiteracy in the country," she said at a largely-attended reception hosted at her residence for TCF's U.S. Chapter.

Ambassador Lodhi said that TCF's supporters in New York were mostly high net worth professionals, but more important than this was that they were 'high net worked` people, joining together to help Pakistan spread education to all corners of the country.

She said that The Citizens Foundation's contribution to the journey of Pakistan, especially in the 70th year of the country's independence, is appreciated by the government of Pakistan.

The Pakistani envoy said there were many non-profit organizations doing excellent work in Pakistan. But The Citizens' Foundation, she said, stands out not just because its one of the largest non-profits in Pakistan but because its work in making education accessible to those who cannot afford it will contribute to bringing about a real change in the country.

"Their work is especially important in the context of the demographic challenge Pakistan faces, which places the country at a crossroads."

The ambassador said at 2 per cent a year, she said Pakistan's was among the region's and the world's fastest growing population. If current demographic trends hold, the country's population was projected to reach 238 million in 2030.

Because this is predominantly a youthful population, millions of young people were entering the work force at a very rapid rate, the Pakistani envoy pointed out.

"These young people can and should be a vital resource for the country" an opportunity, she said. But that depends on whether they are educated and have the skills to find jobs and become productive members of society.

"We have to educate these young people and make them employable", she stressed.

"If we can manage to educate them and provide then employment then Pakistan is poised for a demographic boom that can turn the country's fortunes around, as we have seen happen in much of East Asia.

"Whether we can reap a demographic dividend will depend on the country's ability to provide young people educational opportunities and equip them with the skills and training to find work. And in this endeavor The Citizens Foundation as indeed other educational NGOs have a vital contribution to make," she added.

Welcoming TCF, USA Chapter and their guests and contributors, she said that the Pakistan House was always open to those overseas Pakistani organizations, which were assisting and contributing to the development of Pakistan through philanthropy.

Zarar Segal, President of TCF, USA, explained in detail the achievements of TCF and how it has grown exponentially, from its first schools in 1995 to 1141 schools today providing quality education to over 200,000 children, of which 50 percent were girls.

He also informed the audience that TCF provides career counseling and also supports their students for higher education after leaving TCF schools. TCF USA raised around US$ nine million last year. This is half of TCF's total budget in Pakistan. (APP)