Interior Ministry will issue the Dawn Leaks notification and not the PM Office: Ch Nisar
29 Apr, 2017 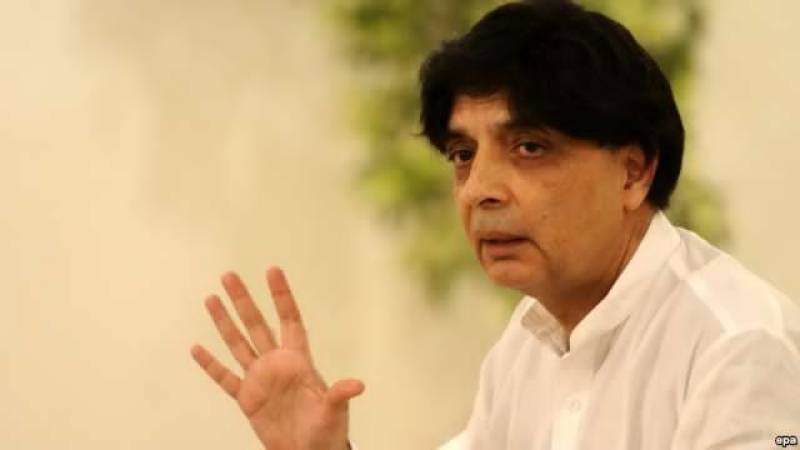 Interior Minister Chaudhry Nisar Ali Khan Saturday said that the notification regarding Dawn Leaks was supposed to be issued by his ministry and not the PM's Office.

Addressing a press conference here, the interior minister said: We have not released the notice so far. We will release the notification, which will be in line with the recommendations made by the committee.

He said neither any attempt was made to save anyone in the past nor it is being done now.

The federal minister said that institutions do not address each other through tweets. He said that tweets, sent out by whichever institution, were harmful for our democracy, system and justice.

I don’t  understand the reason for this pandemonium broken out prior to the notification, he questioned.