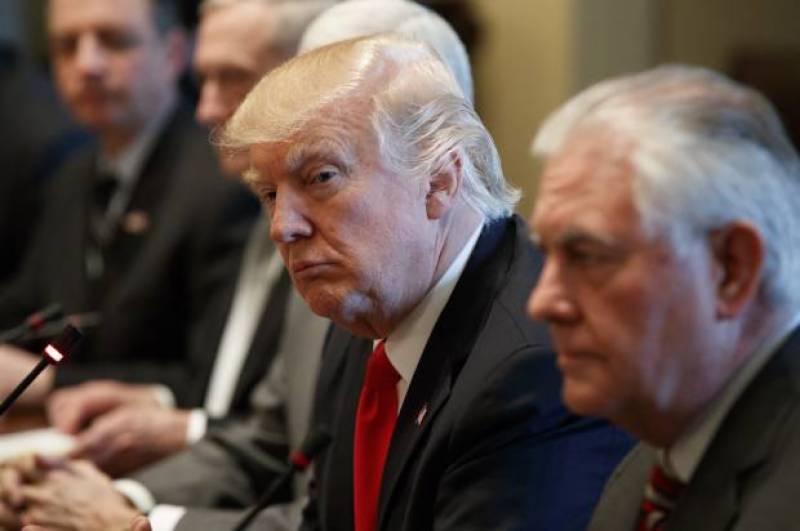 WASHINGTON: Donald Trump faced the sober realities of his office Saturday as he marked the 100th day of a presidency stamped by chaos and confusion, but he will also take political succor in a campaign-style rally among core supporters.

Under a relentless spotlight since stunning the world in November with an improbable victory over Democrat Hillary Clinton, the 45th president of the United States has struggled to convert his campaign promises into tangible achievements.

His bid to repeal and replace his predecessor's landmark health care reforms have foundered in Congress, where many of his legislative priorities have been tripped up by cold political gamesmanship.

Funding for his promised wall along the US border with Mexico, for example, needed to be stripped out of a federal funding bill in order to prevent a government shutdown.

His tax plan, hastily unveiled this past week in hopes of burnishing his first 100 days with a success story, has been savaged as a multi-billion-dollar giveaway to the wealthy and a plan that will send the national debt soaring. (APP)