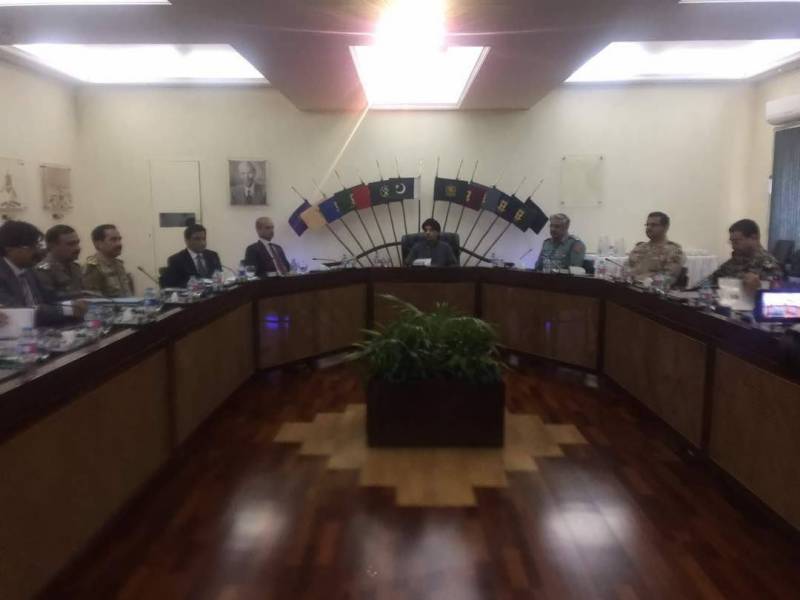 Interior Minister Chaudhary Nisar Ali Khan has said that the security forces of the country have played a vital role to maintain law and order in the country by effectively addressing the internal and external threats.

He was addressing the 24th passing out parade ceremony of Pakistan Rangers Sindh in Karachi on Saturday morning.

The Minister said that Sindh Rangers have made a new history of bringing peace in Karachi by exhibiting valour and sacrifices.

He said thirty three officials of Sindh Rangers have scarified their lives and hundred got injuries to safeguard the homeland from terrorists, extortionists and criminals.

The Minister said during the last three years nine thousand five hundred operations were carried out by Sindh Rangers in Karachi during which seven thousand terrorists and criminals were arrested besides confiscation of cache of arms and ammunition.

He said besides maintaining peace in Karachi; Sindh Rangers have also successfully addressed the external threats of the enemies and enemies disguised as friends.

He said the matter of extension in powers of Rangers in Sindh should not be politicized and extension should be made after every three months without hurdle for their smooth functioning.

Meanwhile, a high level meeting was held at Rangers Headquarters in Karachi today with Interior Minister Chaudhary Nisar Ali Khan in the chair.

The meeting reviewed Karachi operation, internal security situation of the country and role of civil and armed forces.