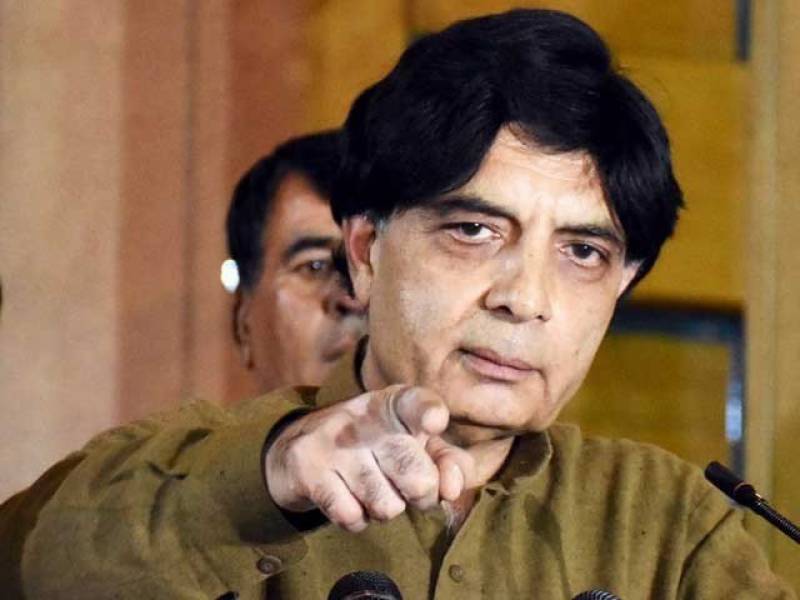 KARACHI: The Interior Minister Chaudhry Nisar Ali Khan, has highly praised Pakistan Rangers Sindh for its efforts towards restoration of peace in Karachi.

He was speaking as chief guest at the passing out parade of the recruits of the Pakistan Rangers Sindh here on Saturday.

The Minister said Pakistan Rangers Sindh has set an example of bravery by restoring the law in order in the metropolis- the economic and commercial hub of the country.

He stated the personnel of Rangers performed their duties with valour and commitment and for this they have earned a great deal of respect from all over the country.

Chaudhry Nisar said that for restoring peace in Karachi, the Rangers frustrated the evil designs of various hostile forces both within and outside the country.

He pointed out that some years ago, Karachi was `hostage' in the hand of `just one individual' on his call the city used to remain standstill and businesses shut.

The Minister stated that over the past three and a half years, Rangers carried out some 9,500 operations in Karachi and seized huge cache of weapons.

He was of the view that the matter pertaining to the powers of the Pakistan Rangers Sindh should not be made `controversial' after every three months. (APP)