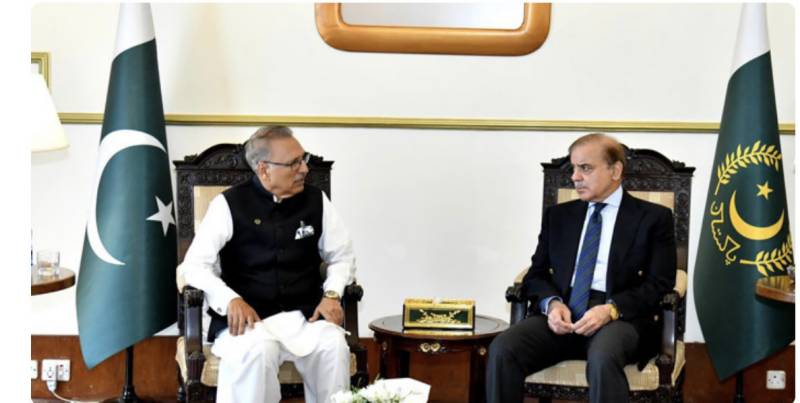 *ISLAMABAD: Prime Minister Shehbaz Sharif on Wednesday arrived at Aiwan-e-Sadr where he held a meeting with President Arif Alvi. *Matters pertaining to the overall economic and political situation of the country were discussed in the meeting.

This is the second time the two held a meeting link since Shehbaz’s ascension to power after ousting former premier Imran Khan.

The meeting comes after President Arif Alvi last month offered to play his role to bring politicians to a table and said that he was ready to speak to Prime Minister Shehbaz Sharif and PTI Chairman Imran Khan.

Speaking to senior journalists at Governor House, Arif Alvi had said that political leadership should think of ongoing political and economic situation and should set aside their egos and sit on a table to address the issues.