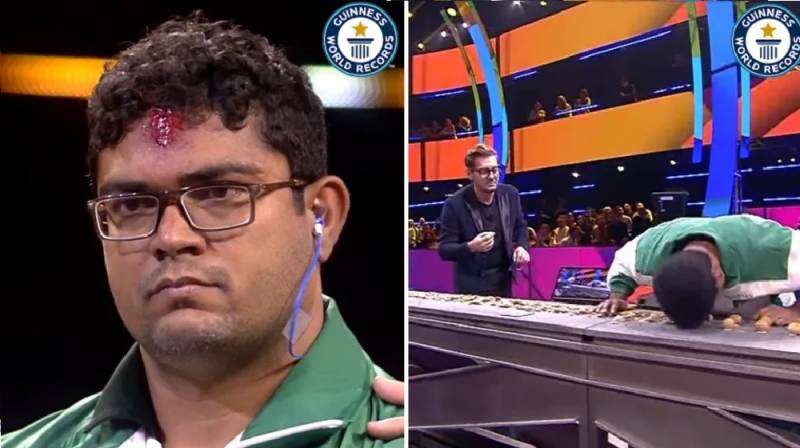 Pakistani martial arts sensation Muhammad Rashid has defeated Navin Kumar from India by breaking the most walnuts head to head (literally) in under a minute.

The talented individual smashed Kumar’s record of 239 with his tally of 254, setting a new Guinness World Record!

Who knew headbanging would a competitive sport! About Muhammad Rashid

Meet Muhammad Rashid, the founder and President of the Pakistan Academy of Martial Arts, who is on a journey to break as many records as humanly possible. This martial arts practitioner from Karachi has been on a record-setting quest since 2013.