Russia vows to raise US pullout from INF arms treaty at UNSC
28 Oct, 2018 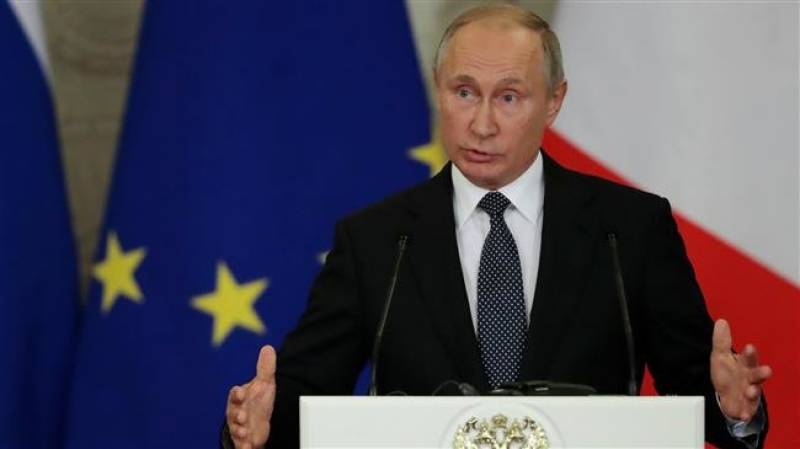 UNITED NATIONS: Representatives of Russia and the United States clashed at the United Nations over the US withdrawal from the Intermediate-range Nuclear Forces (INF) treaty, with Moscow warning that it would raise the issue at the UN Security Council if Washington makes good on its threat.

President Donald Trump said on Oct. 20 that Washington planned to quit the INF treaty which Mikhail Gorbachev, the last Soviet leader, and Ronald Reagan had signed in 1987. It eliminated all short- and intermediate-range land-based nuclear and conventional missiles held by both states in Europe.

Washington has cited Russia alleged violation of the treaty as its reason for leaving it, a charge Moscow denies. Russia in turn accuses Washington of breaking the pact.

"In a year, if the US withdraws from the treaty and begins an uncontrolled build-up of weapons, nuclear-capable weapons, we will be confronting a completely different reality," Andrei Belousov, deputy director of Russia's Department for Nonproliferation and Arms Control, told the 193-member General Assembly's disarmament committee on Friday.

Meanwhile, Moscow proposed a draft resolution at in the disarmament committee on Thursday aimed at preserving and strengthening the INF treaty after Trumps decision to quit it.

Russia, which presented the draft after the October 18 deadline for submitting the resolutions, called for a vote on whether the committee should be allowed to consider the draft, but gained only 31 favorable votes, while 55 voted against and 54 abstained.

Belousov warned that if Washington quit, Russia could raise the issue at the 15-member Security Council.

He questioned whether the United States was preparing for a war, asking Why is it then ... do they want to leave the treaty Why do they want to build up their nuclear capabilityť US Disarmament Ambassador Robert Wood told the committee Washington had spent some five years trying to engage Moscow on the issue of compliance and that Russia had "denied having produced or tested a ground-launch cruise missile."

"It's only recently that they admitted to having produced a ground-launch cruise missile but then maintained that it did not violate the range limits of the treaty," he added.

"The US has been extremely patient with Russia and our hope is that Russia will do the right thing and destroy that ground-launch cruise missile," Wood said.

Russian President Vladimir Putin on Wednesday warned that Moscow will respond in kind very quickly and effectively if the United States decides to quit the landmark nuclear arms control pact.

Meanwhile, experts warn that leaving the agreement could provoke a dangerous arms race across Europe, akin to the one that was unfolding during 1980, but was ended by the INF.

Trumps decision has also drawn criticism from China and US allies, who warned against the security risks the collapse of the INF could pose to Europe.