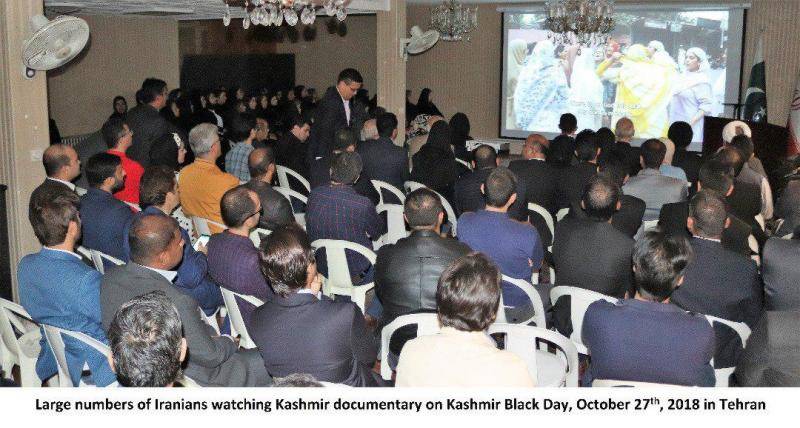 TEHRAN – Pakistan Embassy in Tehran on the occasion 'Black Day' hosted a group of Iranian and Pak people and screened a documentary on Kashmir Muslims' sufferings.

The documentary called 'Look Beyond the Canvas' which was made by an Iranian artist narrates the story of Masoud Hossein a sculptor and painter from Kashmir who was trying to create a picture with smiling topic despite sufferings of Kashmir people.

He was inspired by an old Kashmiri woman who had lost her child in unrests.

He worked on this picture but the woman passed away before it was finished.

Masoud Hossein was disappointed after the woman's death and believed that Kashmiri people will not be able to smile.

Then he destroyed the picture and wrote on its back that we are waiting for those who will come and put an end to Kashmir people's sufferings.

Every year on October 27, Pakistani people express their sympathy and solidarity with Kashmiri people by holding rallies. - APP/IRNA