Info Minister rules out any compromise on accountability
28 Oct, 2018 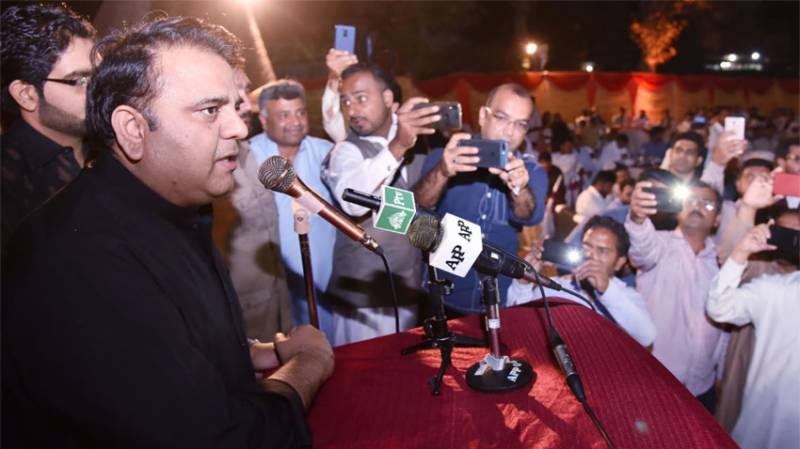 Minister for Information and Broadcasting, Chaudhry Fawad Hussain has ruled out any compromise on accountability saying that Pakistan Tehrik-e-Insaf was voted to power for getting back the stolen national wealth from the looters and plunderers.

Addressing a ceremony in Jhelum, he said accountability is on top of the PTI's manifesto and if the government failed to fulfill this promise, there will be no justification for it to remain in power.

Fawad Chaudhry said no one will be given any NRO as it is the government's responsibility to bring all those involved in corruption to justice.

He said the loans taken during the last 10 years were not spent on the welfare of masses, rather transferred to personal accounts of the rulers.

The Minister said high inflation and unemployment in the country are the direct outcome of the loot and plunder of the previous two regimes.

About Opposition alliance, Fawad Chaudhry said the opposition leaders are crying hoarse that democracy is in danger only because their own political future is at stake.