CPEC: This is how CPEC will revamp Pakistan agriculture sector
28 Oct, 2018 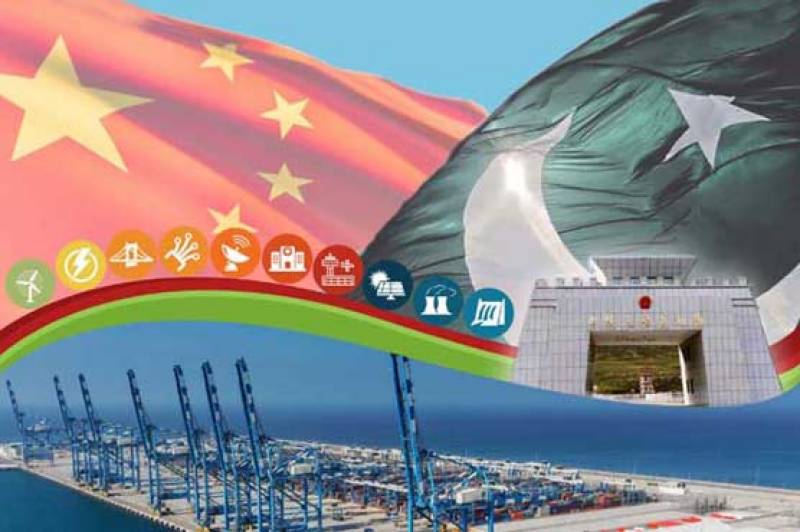 ISLAMABAD - The recent inclusion of agriculture sector in the Long Term Plan of China Pakistan Economic Corridor (CPEC) provides Pakistan an opportunity to significantly reduce its huge trade deficit of around US$9 billion with China by exporting more value added agriculture products to China to tap its growing demand of food commodities.

Under the project, China would transfer its technology to Pakistan to increase per acre yield of various crops, and to add more value to the agriculture products.

The CPEC long term plan envisages significant development of the agriculture sector of Pakistan – an often-overlooked area amidst the developments being made in the energy, infrastructure, and industrial sectors of the country, said an annual report “State of Economy 2017-18” launched by State Bank of Pakistan (SBP).

Pakistan can enhance its exports through various CPEC initiatives and by tapping into the growing import dependence of China. In agriculture sector, out of China’s global food imports of around $99.6 billion, Pakistan’s share is only around 0.37 percent (roughly $ 0.4 billion). According to the report, the Ministry of National Food Security and Research (MNFSR), in its 2018 Food Security Policy, envisages the development of nine agricultural development zones along the CPEC.

By encouraging innovation, entrepreneurship, and collaboration, the zones could serve as platforms to develop clusters and infrastructure to nurture emerging rural businesses in an effort to produce commodities deemed exportable to China. These commodities include cereals, dairy, eggs, meat, honey, tobacco, seafood and fruits, and others.

Meanwhile, according to sources in Planning Ministry, a major progress is expected during the visit of Prime Minister Imran Khan to China early next month where the two countries may sign a legal framework agreement under the corridor to bring investment in the sector and exporting surplus produce to feed the growing Chinese population.

Ambassador of China in Pakistan, Yao Jing during a press briefing here also indicated that China was eagerly waiting for first visit of Imran Khan to China where a number of project under CPEC including related to the agriculture sector would be finalized.

He also said that China was eager to invest more in Pakistan and buy more from the country for its economic development.

The report added that in the crop sector, there is a focus on increasing the use of modern machinery and synthetic fertilizers to enhance the yields, while food storage, and processing zones would be constructed to reduce significant post-harvest losses.

Similarly, the building of cold storage stations and meat processing plants is also being planned to enhance productivity of livestock and fisheries sectors besides making their output more competitive in the international market. These developments hold the potential to not only boost the agriculture output of the country, but also to narrow the trade imbalance between China and Pakistan by expanding food exports to the former.

The report pointed out that due to growing demand of processed food in China, the country has been planning to start investment in the agriculture sector in all the countries along its broader Belt and Road Initiative (BRI). China has so far invested $3.4 billion in agriculture sector abroad.